Trade among the United States, Mexico and Canada is key to the economies of all three nations

The news that the United States, Mexico and Canada have reached a trade agreement that Congress plans to ratify had the retail and food industries expressing the hope that the measure would pass quickly.

“We are extremely encouraged by today’s announcement that congressional leaders and the Trump administration have reached agreement on several outstanding issues and will now move forward with a vote on the [United States-Mexico-Canada Agreement (USMCA)].

“The USMCA improves NAFTA by modernizing it for the 21st century and securing the gains of the last 25 years for future generations. Areas like biotechnology and ecommerce – which were in their infancy when the original deal was negotiated – are addressed, as are science-based food safety standards that reflect the growth of knowledge in the field.

“Progress on the USMCA would not have been possible without the Trump administration and the House Democratic leaderships’ focus and collaboration to create an updated and comprehensive USMCA that works for all parties. We greatly appreciate their efforts, as well as those of Senate leadership and our partners in Canada and Mexico.

“FMI and the food retail and wholesale industry look forward to reviewing the finalized details of the USMCA and working with House and Senate leaders to successfully pass this bipartisan new trade deal, ideally before the end of the year.”

Molly Pfaffenroth, director of government relations for the Arlington-based National Grocers Association (NGA), which advocates for the independent grocery sector, also praised the move: “NGA is pleased House leadership plans to vote on an agreement that encourages free trade and the imports of vital products sold in independent supermarkets. Main Street grocers are the backbone of communities across the country, providing quality products at an affordable price and creating close to 1 million jobs. USMCA ensures grocers can keep shelves stocked with desirable items like fresh produce. We strongly encourage Congress to vote yes on USMCA so that grocers can head into 2020 with the certainty necessary to continue serving their customers.”

The industries that supply items for grocers’ shelves likewise responded positively to this latest development in what has proved to be a somewhat bumpy road toward ratification.

“International trade is a critical business tool throughout the entire supply chain of the fresh produce industry,” said Tom Stenzel, president and CEO of the Washington, D.C.-based United Fresh Produce Association. “Most importantly, with consumers demanding year-round access to fresh produce, we need the certainty of a strong USMCA agreement. United Fresh has always supported free and fair trade globally, seeking to open markets to U.S. products while ensuring equivalent access for foreign products to the United States.”

Stenzel went on to urge Congress to “to act swiftly and in a bipartisan manner to pass this important agreement. Every day this agreement is not ratified further creates uncertainty with our most valuable trading partners.”

"The consumer packaged goods (CPG) industry is encouraged by the latest USMCA negotiations and hopes the announced deal will lead to swift congressional ratification of this important multilateral trade agreement," noted Geoff Freeman, president and CEO of the Washington-based Grocery Manufacturers Association, which is set to rebrand as the Consumer Brands Association (CBA) next month. "Under NAFTA, the CPG industry thrived and now contributes $2 trillion and 20 million jobs to the U.S. economy — and we anticipate continued growth and success for the industry under USMCA. Strong relationships with key trading partners are essential to our ability to provide Americans with the safe, affordable, high-quality products they enjoy every day.”

“What a great day for U.S. dairy and all of American agriculture,” enthused Michael Dykes, president and CEO of the Washington-based International Dairy Food Association (IDFA). “With a smooth path ahead for the USMCA agreement, America’s dairy industry anticipates a bright future and continued growth through exports to Canada and Mexico. Once ratified, the new USMCA deal also delivers peace of mind for our businesses, removing the handcuffs of uncertainty that have constrained business decisions over the past two years as the deal was negotiated. Make no mistake about it, for the U.S. dairy industry — farmers, processors, and suppliers — the USMCA deal is a major win that levels the playing field with our largest trading partners. It preserves hundreds of thousands of jobs in U.S. food and agriculture directly attributed to trade with Canada and Mexico. It removes several overly protective policies that had hampered U.S. agricultural exports. And it will raise U.S. GDP by $68.2 billion and pump an additional $2.2 billion, or 1.1%, into the U.S. economy through increases in agricultural and food exports."

The broader retail community also voiced its satisfaction at the agreement’s impending ratification.

“Retailers are very encouraged by this positive step forward to approve the USMCA, which will provide key updates to the landmark North American Free Trade Agreement and promote long-term economic growth,” noted Matthew Shay, president and CEO of the Washington-based National Retail Federation. “The USMCA takes many important steps to modernize the agreement to reflect today’s global and digital economy. This agreement could not come at a better time and provides certainty for U.S. retailers that rely on the North American market, including those that operate in Canada and Mexico. It also ensures American families can continue to have access to a wide range of high-quality products at prices they can afford.”

“Leading retailers welcome the trade deal agreed to by our North American neighbors,” observed Brian Dodge, COO and incoming president of the Washington-based Retail Industry Leaders Association (RILA). “Retailers rely on complex global supply chains to ensure customers have access to the products they desire at the best possible price. This deal is vitally important to grocers who rely heavily on trade with Mexico to supply affordable produce to American families.”

Once USMCA is sent to Congress for a vote, the legislative body has 90 congressional days (45 House and 45 Senate) to consider the agreement. This will be an up or down vote and can’t be amended by Congress once it’s submitted.

In the words of U.S. Secretary of Commerce Wilbur Ross, the agreement "will further American prosperity, create more American jobs and fuel economic growth in communities across the continent." 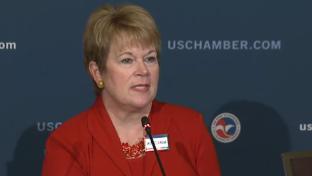 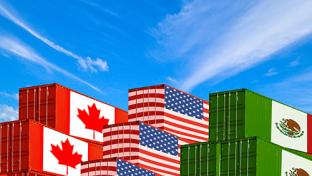 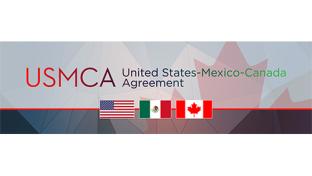 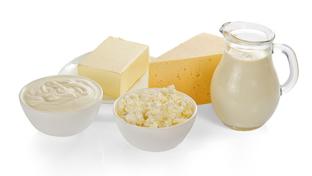 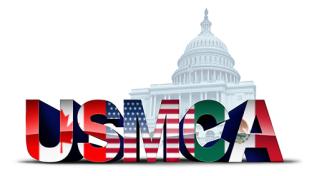 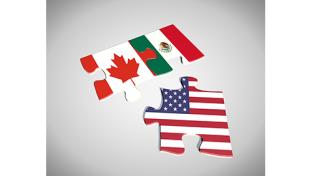