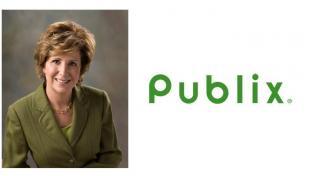 She made her mark as president of the charitable arm of Publix Super Markets and now family, friends and colleagues are mourning the loss of Carol Jenkins Barnett, daughter of the retailer’s founder George W. Jenkins. Barnett, 65, died on the evening of Dec. 7 after a years-long battle with younger-onset Alzheimer’s Disease.

One of Jenkins’ seven children, Barnett went to work at the family business at a young age, serving as a store cashier when she was in high school and later moving onto other positions in market research and development after earning a business degree. She assumed the leadership of Publix Super Markets Charities in 1991 following the passing of her father. She served on the company’s board of directors from 1983 until her resignation in 2016 due to her diagnosis.

Barnett’s philanthropic works extended beyond her role leading the Publix charity organization. Involved on a personal level in several nonprofit groups, from the United Way of Central Florida to the Florida Partnership for School Readiness, she was also known for generous donations to institutions including her alma mater, Florida Southern College, and the Lakeland Regional Health Medical Center, which bears her name at the Carol Jenkins Barnett Pavilion for Women and Children. She received numerous accolades for her generous spirit, such as a Champion for Literacy award from the Barbara Bush Foundation for Family Literacy, and was selected for the Florida Women’s Hall of Fame in 2016.

“The Publix family is deeply saddened by the loss of a great humanitarian and community advocate,” said Todd Jones, Publix’s CEO in a statement. “In addition to her service at Publix, Carol Jenkins Barnett made significant contributions to many nonprofit organizations and for the betterment of all children with investments in early childhood education programs. She will be sorely missed by her family, our associates and the community. Carol had a generous heart and compassionate soul. Her efforts will continue to improve the lives of others for generations.”

Barnett, whose net worth as a part-minority owner of Publix was estimated at $2.1 billion, leaves a legacy of charity in her own family. Her sons, Wesley Barnett and Nicholas Barnett, are involved in a variety of philanthropic causes.

She is survived by her husband, Barney, who retired from a 50-year career at Publix in 2019, and her sons and three grandchildren. A livestreamed memorial service will be held on Dec. 11 at the First United Methodist Church in Lakeland, Fla. In lieu of flowers, the family has requested that donations in her name be made to Bonnet Springs Park in Lakeland, a blended urban and natural 168-acre park founded from one of her last gifts and currently under development.

Privately owned and operated by its more than 225,000 employees, Lakeland, Fla.-based Publix has more than 1,280 stores in Florida, Georgia, Alabama, Tennessee, South Carolina, North Carolina and Virginia. The grocer is No. 11 on The PG 100, Progressive Grocer’s 2021 list of the top food and consumables retailers in North America.