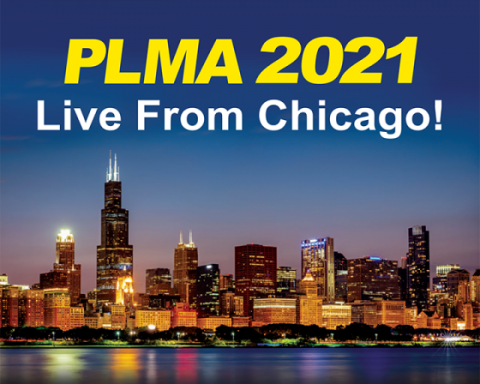 PLMA has been putting on its Private Label Trade Show in Chicago for nearly four decades.

The event, previously scheduled for Nov. 14-16 at the Donald E. Stephens Convention Center in Chicago, will now be held in the same location Jan. 30-Feb. 1, 2022.

PLMA updated the dates on its website for the event, and all other details around the show have remained in tact.

In announcing the date change, PLMA President Peggy Davies voiced optimism that between now and the end of January, there will be significant nationwide progress on vaccinations — including shots available for children.

“Beginning in the new year, more companies will return to the office, corporate travel restrictions increasingly will be lifted, and people will become more comfortable gathering in large groups. And international borders will be reopened, an important factor for the large contingent of national pavilions that attend the Chicago Private Label Trade Show,” Davies said.

The rescheduled show will include an exhibit hall with the innovations in food, beverages, nonfood, HBC, home goods and much more. Among other special show features include: the New Product Expo, Idea Supermarket and PLMA's "Salute to Excellence" product award winners.

PLMA pivoted from its in-person trade show last year to present Private Label Week at the start of this year, Feb. 1-5. The week-long virtual event ushered in a proprietary online platform that managed more than 2,000 live video calls between manufacturers and retailers during the week and garnered 500,000 page views.

The association made the change to a virtual show, due to health and safety concerns stemming from the COVID-19 pandemic. It’s likely the move from November to January 2022 is also in light of the Delta variant and health and travel concerns around the pandemic.

The New York-based PLMA has been putting on its Private Label Trade Show in Chicago for nearly four decades.