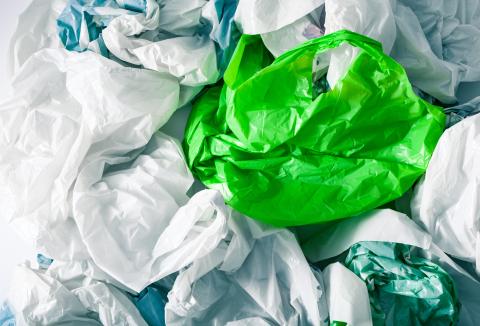 Pittsburgh has become the sixth community in Pennsylvania to ban plastic bags, with the unanimously passed measure due to take effect in April 2023.

Pittsburgh City Council unanimously passed a legislation on April 12 that will ban the use of single-use plastic bags in businesses within the city starting next year, according to a published report.

The Pittsburgh Post-Gazette reported that with the legislation passed, Pittsburgh has become the sixth community in Pennsylvania to ban plastic bags, including Philadelphia, whose ban went into effect April 1.

“This ban on single-use plastics is going to impact our city in a very positive way,” Erika Strassburger, a member of Pittsburgh’s city council, told the newspaper. “When it goes into effect, it will sharply curtail litter, it will mitigate stormwater risk, it will reduce the amount of dangerous microplastics that collect in our soil, our rivers and our drinking water … and it will begin to break our alliance and independence on fossil fuel-based products.”

Under the ban, businesses will charge a 10-cent fee for each paper bag provided to customers, a move designed to help businesses offset the cost of buying them and encourage customers to bring their own reusable bags.

The legislation was introduced by Strassburger in November and later amended to move the start date to one year rather than 180 days from passage, among other changes. The delayed implementation of the measure was designed to give businesses and consumers time to prepare, seek funding for reusable bags to retailers and residents, and develop plans for enforcement.

“This goal we’ve reached really is a historic moment here in the city of Pittsburgh,” Bruce Kraus, a councilman and sponsor of the bill, noted in the Post-Gazette. “We are strangling this planet with single-use plastic containers. I cannot imagine what this planet might look like in another 10 years or 15 years … if we continue on this path.”

The legislation has also received criticism for creating a plastic bag replacement instead of an actual ban, since many reusable bags are made from plastic. Also, some restaurant owners are displeased because the ban will bring other expenses to businesses, including small businesses, which are already struggling due to higher inflation.

Bulk items such as packaged meat and fish, fruits and vegetables, pet waste, and garbage collection are exempt from the ban. Shoppers who use cards or vouchers from either the Women, Infants and Children (WIC) program or an EBT transfer card issued by the DHS will be exempted from the 10-cent fee.

Earlier this month, Pittsburgh-based grocer Giant Eagle said that it would relaunch its effort to eliminate single-use plastic bags across its operations, beginning with stores in Cuyahoga County, Ohio, and Erie, Pa. The retailer has previously removed plastic bags from its Cuyahoga County supermarkets in December 2019, but later reintroduced them because of the pandemic.

With almost $10 billion in annual sales, Giant Eagle operates more than 470 stores throughout western Pennsylvania, Ohio, northern West Virginia, Maryland and Indiana. Giant Eagle was recently included in Progressive Grocer’s Top 10 Regional Operators to Watch. The company is also No. 37 on The PG 100, PG’s 2021 list of the top food and consumables retailers in North America.