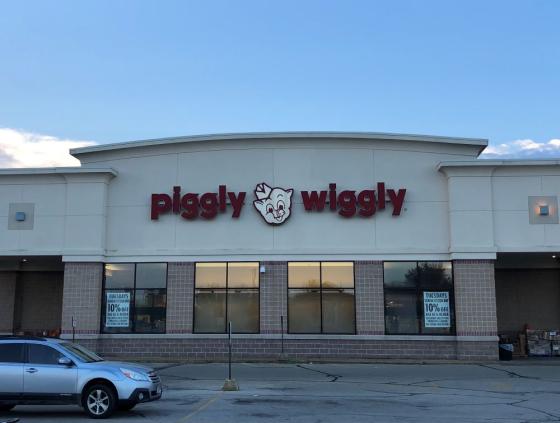 The anticipated grand opening for Belleville Piggly Wiggly is March 2, 2022, at 9:00 a.m. Like other Wisconsin Piggly Wiggly locations, the store will include Piggly Wiggly’s “Pampered to Perfection Produce,” an in-store bakery, a full-service deli, fresh and frozen seafood, and a full liquor department

“We’re confident the Piggly Wiggly brand and model will thrive in Belleville,” said Molly Rippinger, director of marketing at Piggly Wiggly Midwest. “Tegan, Tanya and Bryce will do great things with the store.”

“Our family is excited to partner with the Belleville community,” said Counihan, a second-generation co-owner. “My sister, brother-in-law and I are in this business because of the people — we’re building relationships with friends, families and neighbors on a daily basis.”

Piggly Wiggly Midwest has been based in Sheboygan, Wis., since 1911. The company includes 85 independently owned franchisees, 11 corporate stores and 14 Butera Market stores in Chicago. Piggly Wiggly Midwest revealed in July that it was being acquired by C&S Wholesale Grocers.

C&S services customers of all sizes, supplying more than 7,700 independent supermarkets, chain stores, military bases and institutions with 137,000-plus products. The Keene, N.H.-based company is No. 16 on The PG 100, Progressive Grocer’s 2021 list of the top retailers of food and consumables in North America. Piggly Wiggly Midwest is No. 83 on The PG 100.