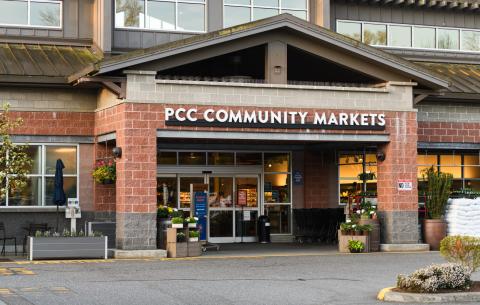 This marks the 70th year in business for PCC Community Markets in the Seattle area.

The largest community-owned food cooperative in the U.S. has reached a milestone. PCC Community Markets is celebrating its 70th year and marking the occasion with events, deals and various expansions designed to carry the business through its next phase.

Founded in Seattle in 1953 as a food-buying club for local families, the certified organic retailer has grown to an organization with 110,000 members and 16 stores in the area.  For its 70th anniversary celebration, PCC is engaging shoppers and members in a variety of ways.

To support its suppliers, including local farmers, fishers, bakers and makers, PCC is offering more discounts and deals through its partner program. Likewise, PCC members can get more weekly offers this year, valued at more than $300.

The co-op is also planning a full roster of activities to celebrate each season and spotlight local food systems.

On a broader level, PCC is reviewing its past and looking to the future, such as its recent partnership with the Harvest Against Hunger and Seattle Neighborhood Farmers Market. In addition, the Friends of PCC program will expand through a new collaboration with Northwest Harvest aimed at helping food banks source more organic products. The co-op is also working on its next set of five-year ESG goals and is establishing two new standards focused on suppliers from marginalized and underrepresented communities and on cleaning products. From an investment standpoint, PCC is updating several of its neighborhood stores with new signage and membership boards.

Later in the year, PCC will roll out its inaugural Member Month in October. That promotion will include member-only specials, prizes and giveaways.

“2023 is a momentous year to both reflect on the co-op's legacy and look to the future,” said CEO Krish Srinivasan. “Participating in our co-op’s mission has long been a deeply meaningful way to invest in the Pacific Northwest’s food systems and community while also putting high quality food on the table. Our members, today numbering more than 110,000 strong, have contributed immeasurably to keeping the co-op focused on these priorities. There isn’t a better time to acknowledge our members’ care, to express our deep gratitude to the community, and to reiterate our commitment to feeding it well for the next seven decades.”