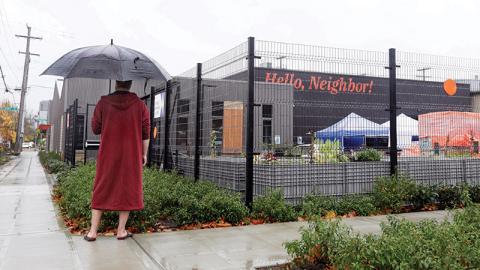 PCC Community Markets is expanding its support of local food systems through a program it co-founded with farmers market and hunger relief groups.

Just as the health of an ecosystem depends on the elements within it, community partnerships support those who grow, provide and consume food. One case in point is in Washington state, where PCC Community Markets has teamed up with Harvest Against Hunger and the Seattle Neighborhood Farmers Markets on a program that provides local produce to hunger relief groups.

The program, which began out of necessity during the pandemic, has been extended through a fresh round of funding. The newly-secured three-year funding will go towards improving, replicating and scaling the program across the state. PCC is providing $375,000, including $300,000 raised through in-store shopper donations and $75,000 on its own.

The Growing For Good program is a win-win in that it helps consumers in need access fresh and healthy foods while also providing security to local farmers. In this model, local farms are paid upfront and in turn supply fresh foods to local hunger relief agencies.

Currently, 16 farmers are taking part in the initiative, which has provided more than 114,000 pounds of local produce to more than 20 hunger relief groups to date. More than 65% of participating farms are owned and operated by farmers who identify as Black, Indigenous, People of Color (BIPOC).

The program’s extension aims to bring additional farmers into the Growing for Good operation, according to its leaders. “It is deeply heartening that with the collective power of our partners, and tremendous support from the co-op’s staff, members and community, we will dedicate the next three years to grow this program while strengthening our relationships with local farms and food banks,” said Rachel Tefft, senior manager of community food systems at PCC. “Due to the fundraising efforts of our staff and continuous dedication of our community during the past three years, we were able to work quickly with community partners to support our local food system with new infrastructure between farms and hunger relief agencies while responding to the immediate needs in the community. The commitment to this program for the next three [years] is an opportunity to take a pandemic relief program and build it into something with long-lasting effects and benefits.”

Jennifer Antos, executive director of the Seattle Neighborhood Farmers Market, said that the program reflects some of the positive things that have come out of the disruption of the past few years. “Growing for Good’s initial goal was to mitigate lost access and income for small farmers during a period of significant disruption and anxiety,” she said. “Impact expanded steadily over three years and yielded unanticipated benefits for farmers: predictability, the ability to plan and a business opportunity that supports the community. Looking ahead, the program continues to work towards core goals, including helping farm participants remain profitable and supporting new and existing hunger relief agencies.”

A certified organic retailer and the nation’s largest community-owned food market, with an active membership of more than 100,000 members, Seattle-based PCC was founded in 1953 and operates 16 stores in the Puget Sound area, including the cities of Bellevue, Bothell, Burien, Edmonds, Issaquah, Kirkland, Redmond and Seattle. The Seattle stores are in the neighborhoods of Ballard, Central District, Columbia City, Downtown, Fremont, Green Lake, View Ridge and West Seattle. The co-op also plans to open a new store in Madison Valley.