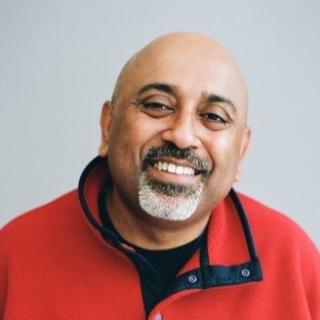 PCC Community Markets has named Krishnan “Krish” Srinivasan its new president and CEO. Srinivasan has been the cooperative grocer’s CFO for almost four years, during which time he advanced initiatives in alignment with its vision, mission and values; navigated pandemic challenges; and fostered the co-op’s growth through four new locations providing jobs and economic opportunity.

“PCC has been a special place for my family and I ever since we became co-op members more than two decades ago,” noted Srinivasan. “For us, PCC is an important pillar of the local community — an institution that goes well beyond the food we serve at our table. It has been a rare privilege to serve the co-op as its CFO, and I am honored by the board’s decision to entrust the future direction of PCC in my care as CEO. While I am already deeply familiar with our triple-bottom-line approach to the business and community, I look forward to collaborating with our amazing staff, co-op members, shoppers and neighbors to develop a strategic plan for PCC’s long-term future.”

Sriniavasan is the seventh CEO in the co-op’s nearly 70-year history, succeeding Suzy Monford, who abruptly left the helm of PCC after just eight months to pursue other career opportunities. He brings more than a quarter-century of leadership experience to his latest role, with a history of successfully building and scaling operating processes, leading financial planning and driving business strategy. Srinivasan has also been a board member of the St. Paul, Minn.-based National Co+op Grocers organization for the past two years.

Before coming to PCC, he was CFO of Remitly and the VP of finance at Lyft, building capable finance teams and scalable operating processes at both companies. Earlier in his career, Srinavasan held leadership roles at Amazon and Microsoft, where he oversaw investor relations, external partnerships, and country-level finance operations in Japan and India, among other functions.

“Our search was focused on finding the right candidate who was committed to leading the co-op in alignment with its vision to inspire and advance the health and well-being of people, their communities and our planet,” explained Paul Davis, chair of the PCC board of trustees. “Krish was the clear choice with his proven commitment to living the co-op values and his strong track record of helping businesses grow and thrive.”

With an active membership of more than 100,000 members, Seattle-based PCC Community Markets operates 16 stores in the Puget Sound area, including the cities of Bellevue, Bothell, Burien, Edmonds, Issaquah, Kirkland, Redmond and Seattle. The co-op also plans to open new stores in Madison Valley and relocate its Kirkland location.