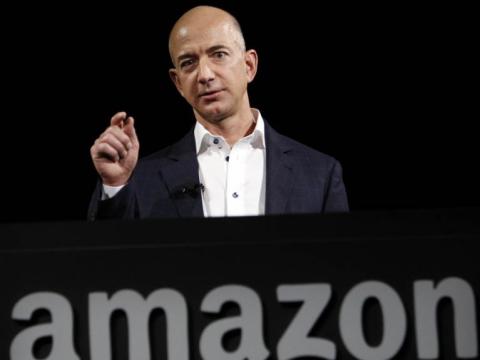 The PBS "Frontline" documentary, "Amazon Empire: The Rise and Reign of Jeff Bezos," puts its founder and CEO, Jeff Bezos, under the microscope

Whether it’s furniture, computers or groceries, millions of American consumers are turning to Amazon.com for their next purchase. But a new, controversial “Frontline” documentary asks whether the ecommerce juggernaut has become just too powerful.

In "Amazon Empire: The Rise and Reign of Jeff Bezos," now available for viewing on demand at PBS.org, producer and director James Jacoby tells the Amazon success story by interviewing former and current Amazon executives, as well as many key players in the retail and consumer packaged goods industries. The film should be required watching for anyone even remotely interested in the future of the retail or consumer packaged goods industries.

The two-hour documentary traces Amazon’s evolution from online bookstore to "the everything store," including allegations that Amazon is killing the overall retail industry, reports of poor working conditions at its fulfillment centers, and assertions that Bezos is lobbying in Washington, D.C., in an effort to avoid federal regulation.

The documentary also includes concerns about the safety of the products sold on Amazon, as well as the privacy implications of its voice devices and Ring camera systems.

“We try to articulate what we’re doing with our products as clearly as we can. … But if I could go back in time, and I could be more clear and the team could be more clear on how we were using human beings to annotate a small percentage of the data, I would for sure,” Amazon’s head of devices, Dave Limp, tells Jacoby, saying that the company rapidly introduced new notifications and opt-out features once it “realized customers didn’t understand this.”

“We’re not going to always be perfect,” Limp adds, “but when we make mistakes, I think the key is that we correct them very quickly on behalf of customers.”

According to PBS, Limp disputes Jacoby’s characterization of them as “listening devices,” telling him the “wake-word” engine responsible for turning on an Echo via voice command is “not really listening; it’s detecting one thing and one thing only, which is the word you’ve said that you want to get the attention of that Echo.”

The documentary then features one of the founders of Amazon Web Services saying he approaches his Alexa devices with caution, PBS reports.

Robert Frederick, who left the company in 2006, tells "Frontline" that he turns off his Alexa devices “whenever I want to have a private moment.”

“I don’t want certain conversations to be heard by humans,” Frederick tells PBS. “Conversations that I know for a fact are things that should not be shared, I turn off those particular listening devices.”