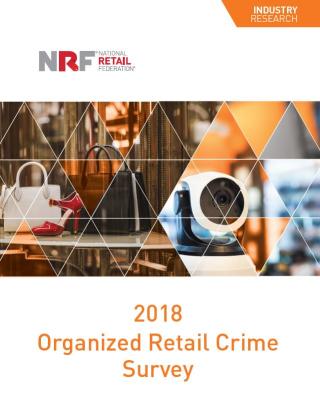 The NRF has released its 14th annual ORC study

Organized retail crime (ORC) shows no signs of diminishing, with almost three-quarters of retailers surveyed reporting an increase in the past year, the 14th annual ORC study from the Washington, D.C.-based National Retail Federation (NRF) has found.

“Retailers continue to deal with increasing challenges and complications surrounding organized retail crime,” noted NRF VP of Loss Prevention Bob Moraca. “These criminals find new ways to expand their networks and manipulate the retail supply chain every day. The retail industry is fighting this battle by upgrading technology, improving relationships with local law enforcement and taking steps such as tightening return policies, but it is a never-ending battle.”

According to the report, 92 percent of companies surveyed had been a victim of ORC in the past year, and 71 percent said ORC incidents were increasing. Losses averaged $777,877 per $1 billion in sales, a 7 percent rise from last year’s previous record of $726,351.

Retailers pointed to the easy online sale of stolen goods, gift card fraud, shortage of staff in stores and demand for certain brand-name items or specific products as reasons for the increase. Further, several states have raised the threshold for a theft to be considered a felony, which means that criminals can steal more goods while the crime remains a misdemeanor, thereby avoiding the potentially higher penalties that come with a felony charge.

ORC usually involves items that can be easily stolen and quickly resold, with common products ranging from low-cost laundry detergent, razors, deodorant, infant formula and blue jeans to high-end designer clothing and handbags, liquor and cellphones. The stolen goods are recovered anywhere from flea markets and pawnshops to online, with gift cards often ending up on online gift card exchanges. While online fencing has grown over the years, retailers said that 60 percent of recovered merchandise, on average, is discovered at physical locations.

While at least 34 states have implemented ORC laws, 73 percent of retailers surveyed are in favor of the creation of a federal ORC law, noting that ORC gangs often operate across state lines.

Some ORC activity occurs before merchandise even arrives in stores, with 29 percent of retailers surveyed noting that they had had cargo stolen along their their supply chains, down from 40 percent last year and 44 percent the year before.

The survey of 66 loss prevention professionals across the department store, big-box, discount, drug, grocery, specialty retail and other industry sectors was conducted in September and October.