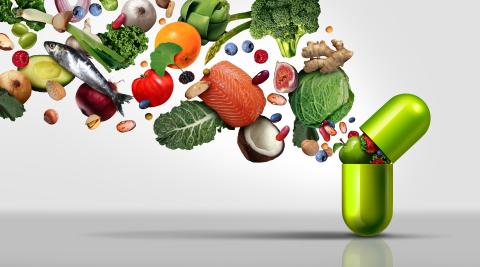 The GusNIP produce prescription project gives grocers a chance to help their customers while also providing numerous benefits to their stores, furthering the future of food as medicine.

Daily Table, a nonprofit community grocery chain with the goal of making healthy food affordable to all, has been running a PPR project for several months through a partnership with Boston-based nonprofit organization About Fresh.

“This partnership has made a huge impact for our community,” said Michael Malmberg, COO of Dorchester, Mass.-based Daily Table. “We’ve had a lot of customers say they’re able to afford more fresh produce, stretch their budgets a lot further and feel better, eat healthier, and that it’s overall an amazing program.”

Malmberg cited the ease of implementation, point of differentiation, and increase in produce and overall store sales as positive reasons for retailers to participate in a produce prescription program. “You really stand out in the marketplace with a unique offering,” he added, “and it’s the right thing to do in helping our community afford more fresh produce.”

Quincy, Mass.-based Stop & Shop, an Ahold Delhaize USA banner with more than 400 stores, also recently teamed with About Fresh to offer the GusNIP PPR project. “This is the first of many programs we’re going to use, and innovate, and try to drive healthier sales and help our customers live healthier lives,” noted Stop & Shop Director of External Communications Jen Brogan. “We really hope that others in the industry join us in this effort.”

The project rolled out via About Fresh’s new Fresh Connect platform. Through the platform, health care teams can “prescribe” food-insecure patients who are either on, or are eligible for, SNAP or Medicaid, and whose health conditions could be improved by eating more fruits and vegetables purchased with a prepaid Fresh Connect debit card at participating stores. The stores are fully reimbursed by About Fresh for all qualifying purchases redeemed by PPR program participants.

The GusNIP produce prescription project gives grocers a chance to help their customers while also providing numerous benefits to the stores.

Washington, D.C.-based NGA is the national trade association representing the retail and wholesale community grocers that comprise the independent sector of the food distribution industry. The independent grocery sector is accountable for about 1.2% of the nation’s overall economy and responsible for generating more than $250 billion in sales, 1.1 million jobs, $39 billion in wages and $36 billion in taxes. NGA members consist of retail and wholesale grocers in every congressional district across the country, as well as state grocers’ associations, manufacturers and service suppliers.

The Nutrition Incentive Hub is a coalition of partners, created by the GusNIP Technical Assistance, Evaluation and Information Center, that supports nutrition incentive projects, including SNAP incentives and produce prescription projects.

Founded in 2012 by Doug Rauch, former president of Trader Joe’s, Daily Table sources high-quality food and makes it accessible to everyone, even those receiving SNAP benefits. The community grocer has three locations, in Dorchester’s Codman Square, Roxbury’s Nubian Square and its newest location in Cambridge’s Central Square.