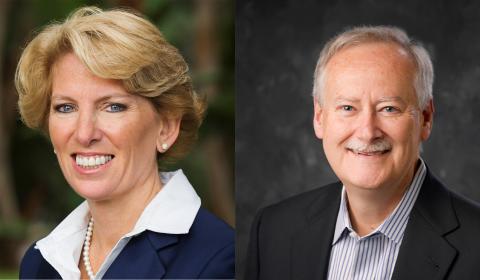 March 31 will mark one year since the two former boards of directors revealed the merger to bring United Fresh and PMA together, as of Jan. 1, 2022. As a result of merger, IFPA has become the largest and most diverse international association serving the entire fresh produce and floral supply chain, and the only one to integrate world-facing advocacy and industry-facing support.

“When I first joined PMA, I spent time with Tom exploring opportunities for our then-respective associations to collaborate and bring greater value and voice to our industry. I saw his passion about the potential our community has in addressing the world’s biggest challenges, and this was definitely confirmed over the past 18 months as we partnered with volunteers to bring PMA and United Fresh together officially,” said Burns. “Tom is a highly skilled and impactful executive who has spent almost three decades serving the fresh produce industry, and I have a tremendous amount of respect for him. Serving IFPA with him has been a true partnership, and I look forward to continued collaboration, as he has agreed to stay on as an advisor and counsel to the IFPA team through the end of June.”

“I’m pleased to begin this new consulting role to assist Cathy and IFPA, and will do everything I can to support our future success. At the same time, I’m excited to begin a new career phase helping additional clients in our great industry drive their own success,” added Stenzel. “Bringing together United Fresh and PMA to better serve our industry has been a longtime goal and is a legacy that makes me very proud. With a strong platform now in place, I truly believe it’s time for Cathy to lead our new association to ever greater heights.”

“It was just under a year ago that we shared our plan to bring together PMA and United Fresh to create a new association that would advocate, connect and guide the industry into the future,” said Bruce Taylor, CEO of Salinas, Calif.-based Taylor Farms and chair of the IFPA board of directors. “Tom’s leadership and vision during this time of transition, in addition to his decades-long legacy in produce, has positioned our industry and IFPA to truly create a vibrant future for all.”

Other appointed members of IFPA’s executive committee include executives from Walmart and Wegmans.

During the next several months, Burns and Stenzel will work together to make the most effective transition, reaching out to stakeholders in government, the media and global partners in and outside of the produce and floral industries.