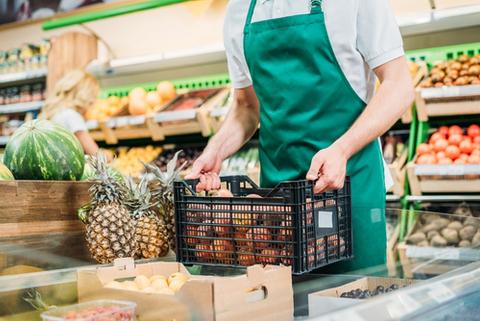 As of Jan. 1, minimum wage increases are in effect in nearly two dozen states.

As a new year rolls out, so are laws impacting grocery businesses. In addition to regulations on plastic bags and changes to grocery taxes at the dawn of 2023, some of the legislation is related to labor and employment.

Although the federal minimum wage remains $7.25 an hour – the same rate for the last 13 years or so – higher thresholds are now in place in much of the country. Those state-based changes, bumping up pay between $0.23 and $1.50 an hour, are estimated to impact eight million Americans.

As employers in the states of the Washington and California meet the nation’s highest minimum wages, those who have more than 15 workers must also now include pay scale and benefits information in their external job postings. Such transparency laws are already in effect in the state of Oregon and in New York City.

Retailers around the United States have already moved to pay their workers more, as they face a tight labor market and seek to meet their respective environmental, social and governance (ESG) goals. Costco, for example, now has a minimum wage of $16 per hour, while Target and Walmart set a $15 hourly minimum.

Smaller, independent businesses must navigate the higher-wage climate as they are already working to maintain margins in an inflationary era. When a proposal was put forward in the U.S. Congress in 2021 to increase the federal minimum wage to $15, several small and independent grocers contended that although a wage increase is needed, a doubling of that rate would harm their businesses and affect access to foods in underserved areas.

In addition to addressing wage and salary changes, grocers in some areas are affected by other 2023 labor laws. For example, private employers in California with more than five workers must provide five days of unpaid bereavement leave, while companies in Pennsylvania with 50-plus employees must provide a mass transit and bicycle commuter benefit program. The state of Maine added a new law requiring businesses with more than 11 workers to pay unused vacation to employees on the cessation of employment. Meanwhile, in New York, employers that use artificial intelligence (AI) to help screen candidates for jobs have to notify applicants that they are using such tools.