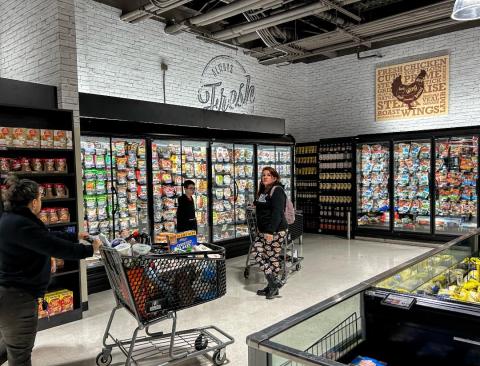 A ShopRite store in Pelham, N.Y., has open cold cases, but dairy keeps chilled behind closed doors, cutting the loss of refrigerated air and of the power needed to generate it.

Change in supermarket and grocery store refrigeration is underway, driven in part by those retailers that are setting zero-emission goals as part of their environmental, social and corporate governance (ESG) strategies, but also because of regulation that targets global-warming potential (GWP) factors. Yet even as those developments proceed, new ways to approach cooling in stores are arising to help with challenges and trim costs.

Sustainable refrigeration isn’t just a question of cases and whether they should be open or closed. Rather, it’s dependent on understanding developments both on the operations and regulatory sides, and, very often, making a virtue of necessity. As such, the investment in more efficient systems that meet regulatory requirements can reduce energy and maintenance costs long-term.

Axiom Cloud is working with major retailers and cold-storage companies to optimize refrigeration using the internet, the cloud, and tools such as artificial intelligence (AI), the Internet of Things and automation.

According to Amrit Robbins, CEO and co-founder of San Jose, Calif.-based Axiom Cloud, sustainable refrigeration should be considered against the background of how it’s generated — that is, as scope 1, scope 2 and scope 3. Scope 1 covers emissions from sources that any organization owns or controls directly, including by its own facilities and transportation network. Scope 2 emissions relate to the energy an organization uses from outside its own activities, including that emerging from a power plant that provides electricity. Scope 3 emissions are those that are an indirect responsibility, including what’s produced by trucks, planes or ships moving products into a retailer’s own supply chain.

Therefore, a food retailer can moderate greenhouse-gas emissions in a number of ways, but an especially effective method is to cut energy use, which, of course, has the immediate benefit of saving money.

Axiom can tap into existing monitoring systems that are incorporated into today’s refrigeration systems, providing a solution that helps its customers improve results at a time when up to 90% of a cooling system’s 20-year lifecycle costs are driven by energy and maintenance. Cooling already consumes 25% to 30% of electricity worldwide and generates 8% of global greenhouse-gas emissions.

Axiom Cloud can adjust set points and control algorithms to ensure that the refrigeration is working efficiently. Since supermarkets and grocery stores have demands other than monitoring refrigeration to attend to on a daily basis, Axiom Cloud applies its technology to make necessary changes quickly and maintain cases at the right temperatures in relation to their function.

The scope 1 refrigeration challenge that food retailers face is leakage. Hydrofluorocarbon (HFC) refrigerants that have been used in refrigeration systems are powerful greenhouse gases that are gradually being phased out, but still exist in the market. Axiom Cloud, while maximizing efficiency, uses the data it’s monitoring and compares that with an ideal model to look for deviations that identify such problems as refrigerant leaks.

“We’re able to use data science and use AI to put a digital gas needle on a system,” notes Robbins. “It’s not perfect. It’s not going to tell you exactly how many pounds of refrigerant are there, but it is going to tell you relative levels. Say, it’s at the 50% mark, and then we notice it’s at the 40% mark — there’s a leak. Our entire goal is to be able to detect leaks within three to seven days. That’s a massive improvement over the status quo, in which a leak might go undetected for three months, and then you’re out of gas.”

So, catching the leak early saves time and refrigerant, not to mention potential U.S. Environmental Protection Agency fines. On top of that, a leak that bleeds out a system results in the need for a refill, observes Robbins. That can require thousands of pounds of refrigerant, which “costs $27 to $30 a pound,” he says. “If you lose 2,000 pounds, that’s a bad day.” 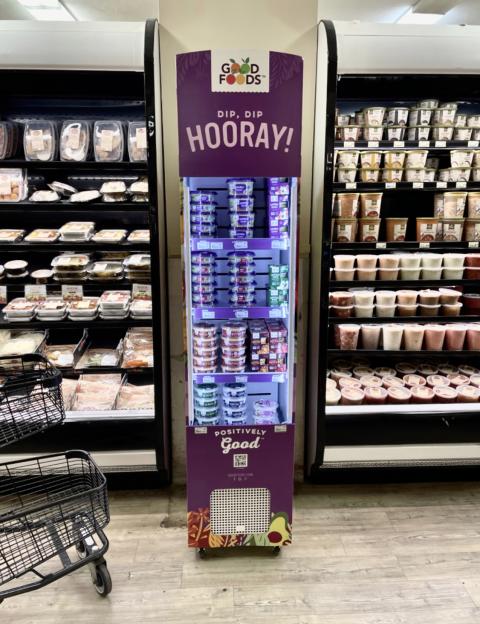 Cooler Management is using R290 propane as an effective refrigerant in its free-standing cold cases.

St. Louis-based Emerson makes refrigeration components and monitorsm but prides itself on working with supermarkets, grocery stores and other customers to develop sustainable refrigeration solutions.

“Emerson does a lot of industry stewardship activity,” notes Kurt Knapke, the company’s VP, solutions strategy, cold chain. “That puts us in a unique situation when we’re talking to our customers, whether that’s a supermarket or a foodservice end user or an OEM [original equipment manufacturer] that is building refrigeration equipment. We’re looking from their perspectives. We want to be involved as a consultative voice throughout the industry. When it comes to sustainability, that comes with environmental, emissions [and] energy consumption, as well as total cost of ownership.”

Food retailers in general need to keep up with the regulations and recommendations that are affecting refrigeration, according to Knapke, because rules and advice originate from a variety of sources, including not only industry-related organizations and the U.S. federal government, but also the U.S. Climate Alliance, a group comprising 23 states and Puerto Rico. This includes states that have been particularly assertive in developing their own sustainability agendas, among them California, New York and Washington.

Knapke says that emerging regulations have some consistency but aren’t altogether aligned with California, for example, which is at the rule-making forefront. Then, the ability to respond to evolving regulations — not to mention pressure from a significant proportion of consumers for eco-friendly development — differs when it comes to small, medium, large and industrial-refrigeration applications, given capital budgets and cost factors. Thus, Emerson works with customers to analyze project first costs, model energy systems and weight maintenance expenditures.

“We’re working with the natural refrigerants, but also the synthetic refrigerant manufacturers early on in their development, so we understand the pros and cons of CO2, propane, ammonia and the available A2Ls, and understand what’s the makeup of those, the flammability considerations, as well as the GWP and the resulting thermodynamic performance of those refrigerants, which results in higher or lower consumption of energy,” Knapke says.

A2Ls include refrigerants incorporating hydrofluoroolefins, or HFOs, a new replacement for the kinds of HFC refrigerants currently being phased out.

Propane, also known as R290, can be a solution for smaller food retailers, while ammonia is something that many of the larger industrial users have learned to handle efficiently, observes Knapke. More supermarkets are looking at CO2 systems, although those come with different architectures that require costly retrofitting and advanced monitoring to maintain efficiency. In midsize applications, Knapke says that A2Ls have some advantages due to the simplicity of the system architecture, the familiarity contractors have with those systems, and the first costs.

“Although CO2 can be competitive in the larger systems, we’re finding, at least today, there is still a significant premium in that small remote condensing unit,” he points out. “The larger guys are going to have more abilities either internally or in relationships with engineering consultants that are going to allow them to adopt those more sophisticated system architectures. The smaller guys are probably going to lean into their contractor base and have a tendency to adopt things that are more traditional and do not have that transition or learning curve over time.”

Regulations must play a major role in decision-making when it comes to choosing systems, asserts Knapke. For example, California addresses both existing and new store refrigeration systems in its regulations. However, EPA is focused on new equipment as well as supply restrictions on refrigerants in advancing its sustainable-refrigeration goals.

On top of all that, the question becomes one of cases and their purpose in the store. Some major retailers have been adding more cases with doors and other means to contain the refrigerated environment, but that doesn’t make everyone happy.

“The merchandisers don’t want anything that blocks the consumer from the instantaneous purchase,” explains Knapke. “However, they have to be part of this solution, to understand if I do put doors on that case, I can significantly reduce the capacity I need as well as my energy consumption.”

Mark Inkrott, CEO of Columbus, Ohio-based Cooler Management, which specializes in developing self-contained cases for consumer product brands, says that many of the grocery operations he sees are replacing existing cold cases in the course of business.

“As they open new stores and consider cooler choices, they are favoring Energy Star-certified cases,” notes Inkrott. “Almost all self-contained cases have made the switch to R290 refrigerant.”

Where R290 refrigerant is gaining in stand-alone cases, he adds, the driving forces are superior sustainability and cost efficiency. However, preference in such promotional cases still is for open access, given the importance of the merchandising function. 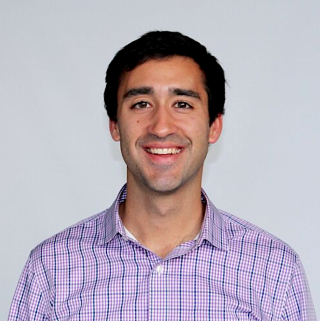 “If you can reduce your refrigeration cost by 10% or 15%, suddenly you’re really moving the needle for the whole store.” —Amrit Robbins, Axiom Cloud

Danielle Wright, executive director of the Mill Valley, Calif.-based North American Sustainable Refrigeration Council, characterizes the regulatory situation in regard to HFCs as putting “unprecedented” pressure on grocers to transition from high-GWP refrigerants.

“At the same time, a growing number of companies are setting corporate climate targets that will require the transition to climate-friendly refrigerants,” says Wright. “All of this is leading to an overall increased demand for natural refrigerant technologies. However, there are still significant challenges that need to be addressed to scale the transition to climate-friendly refrigerants. In particular, the shrinking technician workforce is creating a bottleneck, slowing the transition and threatening the industry’s ability to meet regulatory timelines.”

According to Wright, many large national and regional chains have turned to natural refrigerants, specifically CO2 Transcritical, as their standard for new store builds.
California’s recent HFC regulation prohibits systems above 150 GWP in new stores, a standard that old refrigerants can’t meet, she notes, adding that “other state and federal policies are beginning to follow suit.”

With their greater resources, larger food retailers are leading when it comes to installing systems using natural refrigerants.

“A growing number of larger national and regional chains are developing remodel or retrofit plans to transition their existing stores to lower-GWP refrigerants,” notes Wright. “More and more frequently, those plans include full or partial remodels to natural refrigerants.”

For its part, however, Charlotte, N.C.-based Honeywell is manufacturing HFO synthetic refrigerant as an eco-friendly alternative to HFCs.

“HFOs provide increased energy efficiency,” explains John Keating, VP and general manager, stationary refrigerants at Honeywell. “If you think about a supermarket’s cost of running business, when you step outside of the cost of the food inside the supermarket, the second-biggest cost driver for a supermarket owner is the energy bill. So, how we’re doing that is with HFOs. These can be drop-in solutions. Our solutions are nonflammable and help the stores get below the 150-GWP level.”

The retrofitting that goes with switching from HFC to HFO refrigerants varies, notes Keating. Honeywell’s most popular refrigerant is its Solstice N40, which is a direct replacement for the most common HFC in the market, requiring no changes except to expansion valves within the cases. However, stores that want to get below 150 GWP with HFOs have to install new architecture, as is the case with natural refrigerants.