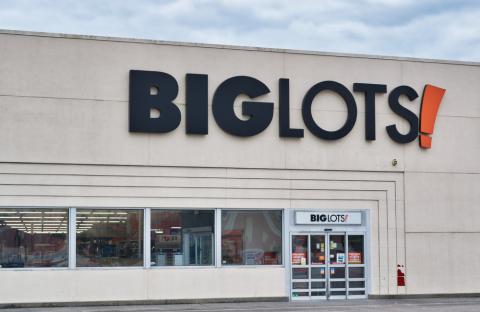 As prices continue to rise, more shoppers are flocking to discount retailers searching for deals and joining loyalty programs for further savings. So is the case over at Big Lots, Inc. The retailer added nearly 1.7 million new Rewards customers to the Big Lots family during the second quarter. This new customer count was included in its latest earnings report.

Net sales for the second quarter of fiscal 2021 totaled $1,457 million, a 11.4% decrease compared to $1,644 million for the same period last year, and an increase of 16.4% compared to the second quarter of fiscal 2019. The decline to last year was driven by a comparable sales decrease of 13.2%, as the company lapped an historic 31.3% comparable sales increase last year.

"We have completed another solid quarter that demonstrated the strength of our Operation North Star strategic initiatives, with continued focus on our growth drivers – customer growth, merchandise productivity, e-commerce, and store count growth,” said Bruce Thorn, president and CEO of Big Lots. “We saw two-year comp sales growth across all merchandise categories other than Food, with strong double digit two-year growth in Furniture, Soft Home, Hard Home, and Apparel, Electronics & Other.”

Boasting expanded online capabilities via BOPIS, curbside pickup, Instacart and Big Lots NOW with same day delivery, the discount retailer reported that e-commerce demand grew by 10% in the second quarter compared to fiscal 2020 — representing over 400% growth to the second quarter of 2019.

“To enhance our in-store experience, we have now launched Project Refresh, a multi-year program to upgrade our approximately 800 stores not included in our prior Store of the Future program,” remarked Thorn.

Additionally, Big Lots is continuing the rollout of its "Be A BIGionaire" brand campaign. Big Lots launched the campaign in April. The media campaign features Retta — actress, author and producer best known for her role in the NBC series "Good Girls" and "Parks and Recreation" — in local and national television, radio, digital, video, mobile and social channel spots. Each spot features Retta enjoying the BIGionaire lifestyle at Big Lots, inviting savvy shoppers to feel like a million bucks when they hunt for the best deals at their neighborhood Big Lots.

“I'm delighted to share that the campaign is working very well with around 60% of the transaction lifts coming from new Bigionaires visiting us for the first time, while also driving incremental visits from existing customers,” said Thorn.

However, Thorn did acknowledge that its results for the second quarter were tempered by continued supply chain and freight headwinds, as well as other inflationary pressures. “We know that the supply chain headwinds will continue into Fall and Holiday, and the situation remains fluid,” he said.

With over 1,400 retail stores in 47 states, Columbus, Ohio-based Big Lots is No. 49 on The PG 100, Progressive Grocer’s 2020 list of the top food and consumables retailers in North America.