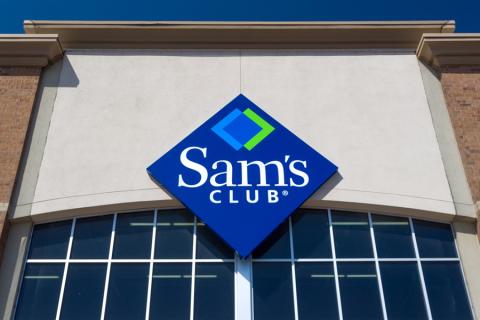 Walmart is reportedly readying a new-concept Sam's Club store to open in Dallas’ Lower Greenville neighborhood this fall, according to a published report

The 32,000-square-foot building, which formerly housed a Walmart Neighborhood Market and is smaller than a typical Sam’s Club, which measures from 100,000 to 150,000 square feet, will carry about 1,000 to 2,000 items, compared with 6,000 in an average Sam’s Club, The Dallas Morning News reported. Assortment will focus on convenience items, fresh food and grab-and-go meals, the newspaper noted, adding that these could include products sold under the private Member’s Mark brand offering upscale fare.

Like all Sam's Club locations, the member-exclusive store will offer the Scan & Go app, which lets customers scan items on their smartphones as they shop and then pay for the products via self-checkout, as well as same-day pickup and delivery options. A small 30- to 40- member staff will work at the club.

Further, according to The Dallas Morning News, the store will be the first Sam's Club to feature on-shelf digital price tags.

Sam’s Club spokesman Nathan Barr also told the publication that membership enrollments and merchandise returns would be faster at the new location, since associates will have mobile devices “to reduce friction points and make it easier to shop with us.”