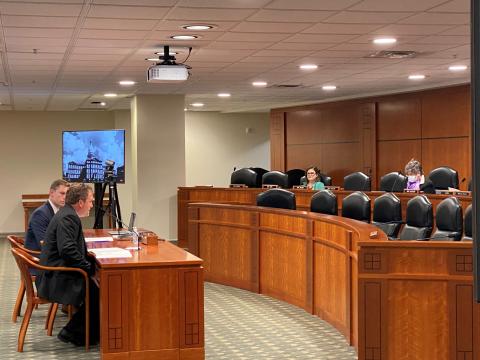 Lawmakers in Michigan have passed the Michigan Integrity Notification and Fairness in Online Retail Marketplaces (INFORM) Act designed to curb retail fraud from online marketplaces. Retailers, including Grand Rapids, Mich.-based Meijer, had worked with other partners, the Michigan Retailers Association and legislators to make the law – proposed as HB 5485-5487 – a reality.

Michigan Governor Gretchen Whitmer signed the bipartisan INFORM Act on July 19. “Today’s bills will protect families and consumer safety by requiring transparency and cracking down on criminals who sell counterfeit or stolen products online. We’ve seen how this necessary policy change is in light of bad actors hiking prices on infant formula during the formula shortage, taking advantage of moms and dads just trying to feed their kids,” she remarked.

The newly-inked act is a state version of the national INFORM Act introduced in the United States Senate in 2021. Among other provisions that require the online marketplace to collect information from high-volume third-party sellers, the Michigan law allows for the use of better transparency and verification tools to combat burgeoning organized retail crime that has affected the state’s businesses, particularly those that operate physical stores. According to the Coalition of Law Enforcement and Retailers, such crime results in at least $45 billion in annual losses for retailers, who must also contend with safety issues caused by shoplifters in stores who seek to re-sell stolen merchandise.

Meijer collaborated with other retailers and with state lawmakers to support and help pass the bill into law in its home state. “We’re pleased to have played our part in educating and supporting state officials in the passing of the INFORM Acts in Michigan, Ohio and Illinois. We know the fraud that will be prevented by these acts will positively impact brick-and-mortar retailers and consumers across Michigan, Ohio and Illinois,” said Paul Jaeckle, Meijer’s VP of asset protection. “By continuing to lend our voice to this important issue in partnership with our fellow retail leaders and customer advocacy groups, we hope to bring these same protections to customers and brick and mortar retailers in states across the Midwest.”

Privately owned Meijer operates more than 260 supercenters and grocery stores in Michigan, Ohio, Indiana, Illinois, Kentucky and Wisconsin. The company is No. 20 on The PG 100, Progressive Grocer’s 2022 list of the top food retailers in North America.