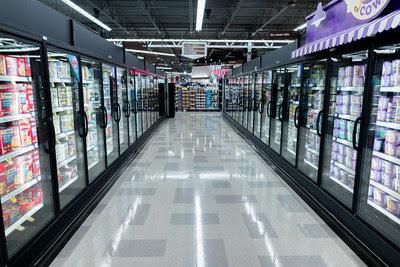 Meijer has been recognized by the EPA's GreenChill Program for its achievements in reducing refrigerant emissions across all its supercenters.

The retailer announced an ambitious goal to reduce absolute carbon emissions by 50% by 2025.

"At Meijer, we believe in taking responsibility for the well-being of the world around us," Meijer President and CEO Rick Keyes said. "We are reducing carbon emissions not only because it makes good business sense, but because it aligns with our values and mission of enriching lives in the communities we serve."

According to a recent report from the Intergovernmental Panel on Climate Change, to keep global warming to 1.5 degrees Celsius above pre-industrial levels, greenhouse gas emissions would need to be cut in half by 2030. Meijer has already managed to reduce emissions by 17% since 2014, even while opening 52 new stores and additional distribution center facilities. This is equal to a 30% reduction in the amount of carbon dioxide emitted per square foot.

However Meijer is committed to cutting emissions faster than what science suggests is necessary and plans to reduce absolute carbon emissions in half in three years. To meet this commitment, Meijer will build on existing energy and fleet efficiency programs by adding more renewable energy procurement and piloting new innovative technologies, such as energy-saving geothermal projects for refrigeration next year.

"Meijer has a longstanding commitment to environmental stewardship that leads back decades to when Fred Meijer spoke at the first Earth Day celebration in Grand Rapids in 1970," said Vik Srinivasan, SVP of properties and real estate. "We strive to be a good neighbor, which isn't just about serving our communities today. It's also about protecting our planet for tomorrow, and that's more important than ever."

Meijer has been recognized multiple times for achievements in sustainability. In 2020, for the third consecutive year, Meijer was recognized as a SmartWay Excellence Award winner as a mixed carrier by the U.S. Environmental Protection Agency (EPA). Meijer has also been recognized by the EPA's GreenChill Program for its achievements in reducing refrigerant emissions across all its supercenters. The company has earned multiple GreenChill Superior Achievement awards for reaching its refrigerant leak rate goal by installing leak detection systems, following robust maintenance policies and by replacing end-of-life equipment at each of its stores.

"Lessening our impact on the environment through a continued commitment in reducing carbon emissions is an issue that is important to us and our customers," said Erik Petrovskis, director of environmental compliance and sustainability at Meijer. "We've made significant progress over the years, but we look forward to continuing to do what is right for the world we live in."