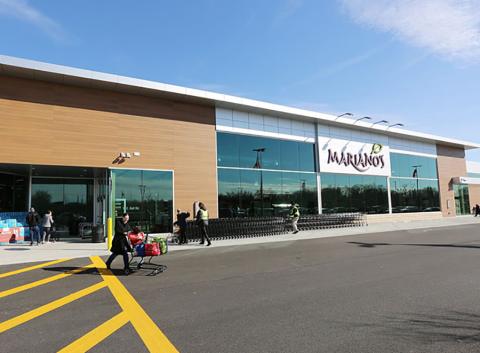 Joseph Mariano, a former police detective, had worked as a Mariano's foodservice manager since 2012

The brother of Mariano’s founder and retired CEO Bob Mariano was found dead at his home in Schaumburg, Ill., the apparent victim of a homicide, according to a local news report. Joseph Mariano, 64, was a former police officer and detective for the Arlington Heights Police Department from 1977 until 1989.

After leaving the police force, Joseph Mariano had managed a pizzeria and then had worked as a foodservice manager at Mariano’s since August 2012, the Arlington Cardinal News reported, citing his LinkedIn page.

While still with the police, Joseph Mariano was shot and wounded when he approached a sports car in an apartment parking lot in Arlington Heights, according to the newspaper.

The discovery of the body was made in the early hours of May 26, when Schaumburg police responded to a 911 call to check on the well-being of a person. Police then summoned Schaumburg firefighter/paramedics to the scene.

The case is currently under investigation by the Schaumburg Police Detective Division and the Major Case Assistance Team (MCAT).

With more than 40 locations throughout the Chicago metro area, Mariano’s Fresh Markets is operated by Milwaukee-based Roundy's Supermarkets, a subsidiary of The Kroger Co. Kroger operates nearly 2,800 stores under a variety of banner names across the United States and ranks No. 2 on Progressive Grocer’s 2019 Super 50 list of the top grocers in the United States.