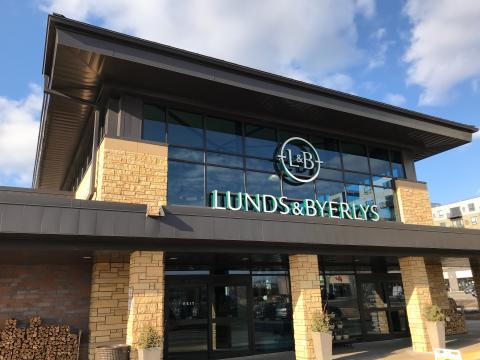 To thank its employees for navigating through ongoing challenges, Lunds & Byerlys is giving its team members another paid day off on Black Friday.

In a year marked by labor challenges and good swath of consumers returning to in-person shopping, one retailer is rewarding its employees with extra time off on one of the busiest retail days of the year. While Black Friday isn’t as much of a madhouse for grocers as it is other retail businesses, it will be a paid holiday for team members at Lunds & Byerlys.

The Edina, Minn.-based chain announced on its social media pages that for the second year in a row, it is closing all of its 27 stores and production facilities both on the traditional American holiday of Thanksgiving on Nov. 25 as well as the next day, Friday, Nov. 26. The grocer said it was making the move “in appreciation for the remarkable efforts of our entire Lunds & Byerlys team throughout the ongoing COVID0-19 pandemic.”

In another effort to attract and retain employees amid the ongoing labor crunch that’s impacting grocers around the country, Lunds & Byerlys is doubling its employee discount to 20% for its workers, their families and retired families for the holiday season. That discount begins now and runs through the end of the calendar year.

Elsewhere in the country, several stores that have traditionally closed on Thanksgiving will remain shuttered for that holiday in 2021, including Aldi, Costco, Publix, Sam’s Club, Target, Trader Joe’s and Walmart, among others. Many stores are open or have limited hours, such as Food Lion, Giant Food, Giant Eagle, H-E-B, Hy-Vee, Kroger, Meijer, Save A Lot, Wegmans, Whole Foods and more.