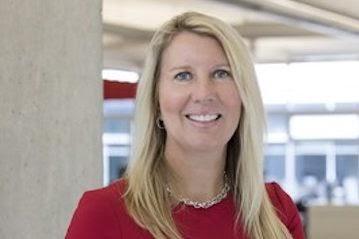 Sarah Davis, president of Canadian food retailer Loblaw Cos. Ltd., is retiring May 6. Davis will be succeeded by Executive Chairman Galen G. Weston, who will become chairman and president alongside his current position as chairman and CEO of George Weston Ltd. (GWL).

The company also revealed that Robert Sawyer will join Loblaw as COO, and that Richard Dufresne, president and CFO of GWL, will expand his responsibilities to include becoming CFO of Loblaw on May 6.

"In light of George Weston's strategic decision to focus on retail and real estate ... Sarah and I agreed that now is the right time for her to pursue her plans for an early retirement, which she first shared with me upon becoming president in 2017," said Weston, who was previously chairman and president of Loblaw from 2014 to 2017. "Sarah has made an invaluable contribution to the company, and I appreciate her leadership over the last 14 years. Her authentic, understated style, and commitment to the potential of others, have been hallmarks of her time with Loblaw. She has been an advisor and friend to many, especially to me. We wish her well."

GWL, which owns a majority stake in Loblaw, said earlier that it was selling its Weston Foods division, a move that "will allow me to dedicate renewed time and energy at Loblaw as we increase our momentum in both our bricks-and-mortar network, and our leadership in digital and data," added Weston.

Davis, 52, joined Loblaw in 2007 as controller and was CFO from 2010 to 2014. She then became chief administrative officer, in which she was responsible for supply chain, human resources, information technology, process and efficiencies, real estate and strategy.

In January 2017, she was named president of Loblaw, becoming the most senior woman in the leadership ranks of a major Canadian grocery retailer. That same year, Progressive Grocer sister publication Canadian Grocer named Davis one of its Star Women in Grocery.

During her time at the helm, Davis led the company to reduce costs by more than CAN $1 billion through innovative productivity improvements; established the Loblaw's leadership in data and analytics, including the creation of the PC Optimum loyalty program; and the grocer's expansion in financial services through the growth of PC Financial's MasterCard, and the launch of the PC Money Account.

“After 14 years at Loblaw, I am immensely proud of what the company has accomplished during my time here and look forward to the next chapter,” she noted.

Loblaw operates 2,431 stores in Canada. The Brampton, Ontario-based company is No. 13 on The PG 100, PG’s 2020 list of the top food and consumables retailers in North America.