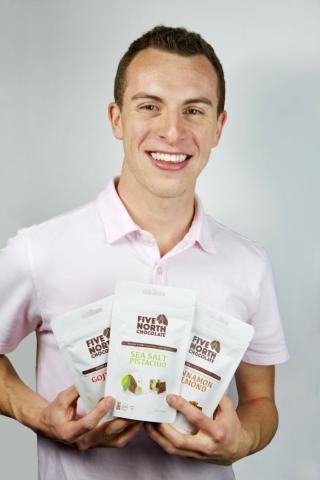 Ben Conrad from Five North Chocolate says it is still a burden to know that coming out professionally won’t result in spoken or unspoken backlash.

Despite these gains, challenges unfortunately remain, particularly in the workplace. “It is still a burden to know that coming out professionally won’t result in spoken or unspoken backlash,” says Ben Conrad, founder and CEO of Plainview, N.Y.-based Five North Chocolate, an LGBTQ+-owned Fair Trade and vegan chocolate business. That backlash could entail lower pay, missed promotions or unfair treatment, adds Conrad.

Even after President Biden’s executive order, which implements the U.S. Supreme Court’s decision in Bostock v. Clayton County, under which Title VII of the Civil Rights Act of 1964 should be read to protect LGBTQ people,“firings and discrimination will still happen,” asserts Dominique Dick,customer service specialist and LGBTQ+ ambassador co-lead at St. Louis-based Nestlé Purina PetCare. “It doesn’t take much for an employer to conceal the real reason for termination or lack of internal advancement in the organization. This leads to LGBTQ+ community members continuing to hide their true selves.”

“Currently, many LGBTQ workplace issues stem from the fact that there is no federal law that explicitly protects employees from discrimination due to their sexual identity, gender identity or gender expression,” explains Eric Dyson, content marketing specialist at Chicago-based PeopleScout, the world’s largest recruitment process outsourcing provider. “Such protections have come from state laws and federal court cases interpreting the law to protect LGBTQ workers. However, this patchwork of court rulings and state legislation leaves many LGBTQ individuals vulnerable.”

Adds Dyson: “To address a lack of federal LGBTQ protections, organizations should collaborate with outside LGBTQ organizations and charities, and encourage both LGBTQ and non-LGBTQ employees to participate in events sponsored by these organizations. In addition to partnering with LGBTQ organizations, employers should also actively recruit LGBTQ candidates.”

“To engage a new generation of workers and consumers — many of whom choose careers and products based on diversity and inclusion — companies must move beyond public gestures of support for LGBTQ+ issues to create a more positive work experience,” the McKinsey report notes.

What are companies across the food and consumables industry currently doing in support of their LGBTQ+ employees? One standout leader in this area is Cincinnati-based Procter & Gamble.

As Brent Miller, P&G’s senior director, global LGBTQ+ equality and inclusion, points out, the company’s commitment in this area goes back more than a quarter century and includes “the implementation of LGBTQ+ diversity training in the 1990s, same-sex partner benefits, transgender health benefits, parental leave equalization to the public support of Pride, implementation of marketing campaigns featuring LGBTQ+ individuals and themes … the list goes on.”

Of particular note on that list is an updated parental leave policy. “We believe that caring for home and family has no gender or sexual orientation,” asserts Miller, who describes the global minimum for paid parental leave for all P&G parents as a “big step forward for LGBTQ+ parents both biological and adoptive.” 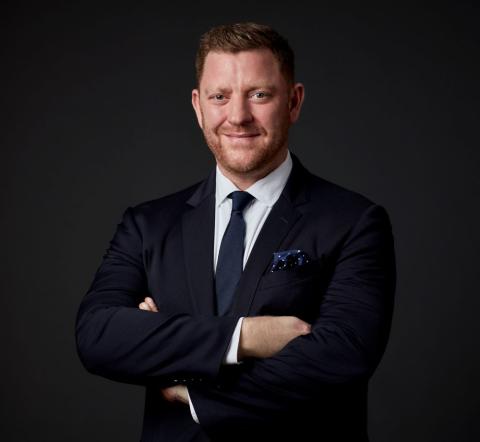 Brent Miller of Procter & Gamble says caring for home and family has no gender or sexual orientation.

The company has also stepped up its commitment to drive LGBTQ+ visibility in its advertising. “Currently, only 1.8% of ads represent the LGBTQ+ community,” observes Miller. “As the largest advertiser in the world, we have a responsibility to accurately and authentically represent the community and help people see themselves in the world. Through brands like Pantene and Gillette, we are helping drive positive conversation that promotes equality.”

“We continue to build on creating a culture where people feel a sense of belonging,” says Florida Starks, director human resources at Chicago-based Conagra Brands. “Paramount in this process involves featuring LGBTQ+ imagery. We will update internal and external websites to reflect individuals from the LGBTQ+ community. This action reflects our commitment to a more inclusive and welcoming website for all visitors. We are also seeking opportunities on how to become a company that attracts LGBTQ+ professionals. We recognize that in order to be successful, intentional talent planning is required for growth. Our talent acquisition organization is establishing partnerships with professional organizations in the LGBTQ+ community to attract diverse talent.”

The company also boasts a leader development program targeting behaviors necessary to engage employees across multiple dimensions of diversity, including sexual orientation and gender identity; is mindful in its review of policy, facilities signage, resources and job descriptions to leverage use of gender-neutral language; and adheres to a zero-tolerance policy as part of its commitment to provide a safe and respectful work environment.

Nestlé Purina PetCare, meanwhile, “has implemented a robust diversity and inclusion program which spearheads a multitude of events such as participation in Pride Fest, Listening Sessions for LGBTQ+ members to voice their thoughts and experiences to non-LGBTQ+ people and supports a D&I ambassador lead group comprised of LGBTQ+ members raising awareness and support,” notes Dick. “I feel these programs have substantially raised awareness, encouragement and tolerance in all levels of the company and have led to the planning of more programs.”

A key way to improve the workplace experience for LGBTQ employees is through the formation of employee resource groups (ERGs), also known as affinity networks.

“A well-run ERG program should support LGBTQ individuals in the workplace by offering workshops, training and support from both management and HR,” notes PeopleScout’s Dyson. “The overall goal of inclusion is to make LGBTQ employees feel safe and like an integral part of your team.”

Minneapolis-based General Mills, which in 2019 was among the first Minnesota companies to fly the LGBTQ rainbow flag at its world headquarters, includes the LGBTQ-focused Betty’s Family among its six affinity networks, “where employees can find a foothold within a more intimate cultural niche and build an even deeper sense of belonging,” says Mollie Wulff, who oversees corporate reputation and brand media relations at the company. P&G and Conagra likewise offer such groups.

More to Be Done

Many of these companies’ policies set standards for the entire food and consumables industry, including for the retail sector, but there’s undoubtedly more that can be done. For their part, retailers can make a commitment to seek out LGBTQ-owned businesses, as Grand Rapids, Mich.-based Meijer and St. Louis-based Schnucks have through recently launched supplier diversity efforts.

That could include companies like Five North Chocolate, which, in January 2019 added to its packaging “the National LGBT Chamber of Commerce seal and a statement on our LGBT Business certification and commitment to celebrating diversity,” notes Conrad. “We are fortunate to have received great praise for the move and even a feature in Forbes.”

Beyond actively recruiting LGBTQ suppliers, “[t]he food and consumables industry must continue to work on their workplace environments,” advises Dick, of Nestlé Purina PetCare. “Most of the companies have large manufacturing and warehouse facilities where the mentality is not of acceptance. They are male-dominated and can be in less educated or rural areas where knowledge, awareness and support are less prevalent.”

“In terms of connecting with LGBTQ customers, simply showing and not telling can be the most powerful way to engage with customers of different backgrounds,” counsels PeopleScout’s Dyson. “For example, seeing LGBTQ workers in management positions or hiring at-risk or homeless LGBTQ youth could display your commitment to LGBTQ diversity more impactfully than marketing or branding your support. It’s one thing to say you support the LGBTQ community; however, seeing you take direct social action speaks louder than words.”

With all that remains to be done to improve the LGBTQ+ experience in the food and consumables industry, there’s still cause for optimism, according to one keen observer.

“A generation ago, conversations concerning the LGBTQ+ community were not happening very frequently,” notes P&G’s Miller. “We are in the midst of a transformative period of LGBTQ+ inclusion in the workplace — and that is both hopeful and exciting.

The Issue of Intersectionality

An important — and often unspoken — factor when it comes to promoting LBGTQ+ diversity across the food and consumables industry is that of intersectionality. The term is defined by Merriam-Webster as “the complex, cumulative way in which the effects of multiple forms of discrimination, among them racism, sexism and classism, combine, overlap or intersect, especially in the experiences of marginalized individuals or groups.”

While this concept undoubtedly exists among other groups, it may be particularly pronounced among LGBTQ+ folks, who often juggle multiple identities at once.

“LGBTQ people are often subject not only to discrimination based on their sexual orientation, but also multiple aspects of their identity such as their race, gender, religion and immigration status, and other traits unique to the ‘intersection’ of their identities,” noted Eric Dyson, content marketing specialist at Chicago-based PeopleScout, the world’s largest recruitment process outsourcing provider. “Intersectionality goes beyond acknowledging the multiple forms of discrimination an LGBTQ individual may face in the workplace, and recognizes that the different forms of discrimination may intersect with each other and result in overlapping and reinforcing barriers to career opportunities.”

According to Dyson, “An intersectional approach in the workplace helps LGBTQ individuals by focusing on the unique challenges presented by the overlapping systems of discrimination they may face and finding ways to reconcile issues with attention and empathy.”

“The impact of intersectionality shapes the employee experience in several ways,” observed Florida Starks, director human resourcesat Chicago-based Conagra Brands. “This includes health care options offered by the company, parental planning benefits, ability to navigate the corporate landscape, and societal impacts of both parts and whole of identities. There are nuances of experiences across the LGBTQ+ spectrum that vary by race and ethnicity. Having a conversation on these topics is a necessary step to understand needs and shape future actions.”

“Intersectionality can be complex, as it can effect multiple forms of discrimination, but I believe our [diversity and inclusion] ambassadors help to break down the barriers of intersectionality at work,” asserted Dawn Higgins, diversity and inclusion manager at St. Louis-based Nestlé Purina PetCare. “Our approach provides us the opportunity to not be ‘boxed’ into groups based on race, gender, etc., giving associates room to embrace many areas of diversity and to work cross-functionally across these many dimensions of diversity. Everyone has a seat at the table to engage in the work, including the white male.”

“These intersections bring challenges, but they also bring insight and rich opportunity,” said Brent Miller, senior director, global LGBTQ+ equality and inclusion at Cincinnati-based Procter & Gamble. “We always work to bring intersectionality into what we do — not only as one community supporting another community and the challenges they face, but to bring to life the rich and wonderful diversity within the LGBTQ+ community.”