Larree Renda in 2013, the year she received the Progressive Grocer/Network of Executive Women Trailblazer award at PG's Top Women in Grocery gala

Grocery industry veteran Larree M. Renda has been elected to the board of directors of discount apparel retailer Ross Stores Inc., effective immediately. Patricia H. Mueller, chief marketing officer and SVP, advertising and marketing for Atlanta-based The Home Depot Inc. from 2011 to 2016, was also elected to the board.

Renda spent more than 40 years at Pleasanton, Calif.-based Safeway Inc., one of the largest supermarket chains in North America before its acquisition by Boise, Idaho-based Albertsons Cos. in 2015. She held a broad range of roles at Safeway, most recently as an EVP from 1999 to 2015. Renda joined Safeway in 1974 and rose steadily through the ranks over the next two decades. In 1994, she transitioned to the company’s corporate office, first overseeing corporate retail operations and eventually assuming responsibility for all retail strategies and various corporate administrative functions, among them IT, real estate, construction and development, human resources, health initiatives, public and government affairs, labor and government relations, re-engineering, corporate social responsibility and sustainability, philanthropy, industrial engineering, and communications. While at Safeway, Renda received the Progressive Grocer/Network of Executive Women 2013 Trailblazer Award at the Top Women in Grocery gala that year.

She also sits on the board of Ankeny, Iowa-based convenience store operator Casey’s General Stores Inc.

“Ms. Renda’s 40-plus year retail career has given her a deep and broad-based understanding of the consumer retail space, with proven executive management experience across a broad range of administrative and operational functions,” noted Michael Balmuth, chairman of Dublin, Calif.-based Ross Stores, which operates Ross Dress for Less, the largest off-price apparel and home fashion chain in the United States, with 1,565 locations in 39 states, the District of Columbia and Guam, as well as 266 dd’s Discounts locations in 20 states. 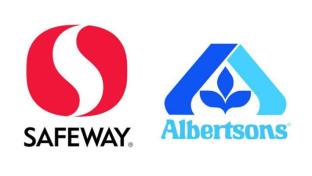 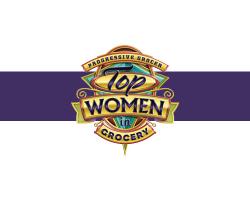 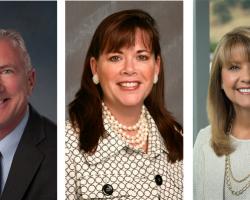