Ralph's, along with Food 4 Less, appear to be victims of mandated grocery pay raises by local governments.

Kroger is blaming mandated pandemic hazard pay for the upcoming closings of two supermarkets it owns in Long Beach, California.

The stores scheduled to close are: The Ralphs store located at 3380 N. Los Coyotes Diagonal, and the Food 4 Less store located at 2185 E. South Street. The two closures decrease the chains’ store count by 25% in Long Beach.

“As a result of the City of Long Beach’s decision to pass an ordinance mandating Extra Pay for grocery workers, we have made the difficult decision to permanently close long-struggling store locations in Long Beach,” said a company spokesperson. “This misguided action by the Long Beach City Council oversteps the traditional bargaining process and applies to some, but not all, grocery workers in the city.”

“The irreparable harm that will come to employees and local citizens as a direct result of the City of Long Beach’s attempt to pick winners and losers, is deeply unfortunate,” continued the company spokesperson. “We are truly saddened that our associates and customers will ultimately be the real victims of the city council’s actions.”

"City leaders stepped up to take care of these essential grocery workers and ensure they receive hazard pay for the danger they face," said UFCW International President Marc Perrone. "Kroger closing these stores is truly outrageous conduct and a ruthless attempt to create a chilling effect that will discourage other cities from doing what is right and enacting hazard pay mandates that recognize the threat these workers face from COVID-19."

In January, the Long Beach City Council unanimously approved an ordinance requiring grocery stores with at least 300 employees nationwide or more than 15 employees per store to pay workers an additional $4 per hour for at least 120 days.

Since then, both Seattle and Los Angeles have moved their own grocery pay raise mandates. The measure in Seattle has recently come under criticism from independent grocery operator PCC Community Markets, which said its margins are already slim enough given its pandemic safety efforts and other factors.

Last year grocery retailers including Publix, Kroger, Walmart and many independent food retailers boosted wages for workers. Kowalski's Markets in Minnesota, for example, instituted a $2 increase in March 2020 and has continued to pay employees that bonus ever since. But many other retailers allowed wage increases to expire, and some cities and counties are taking matters into their own hands when it comes to wages for essential workers. 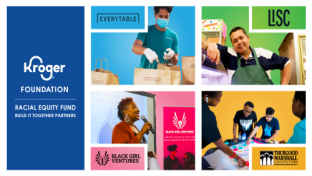 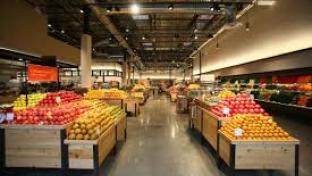