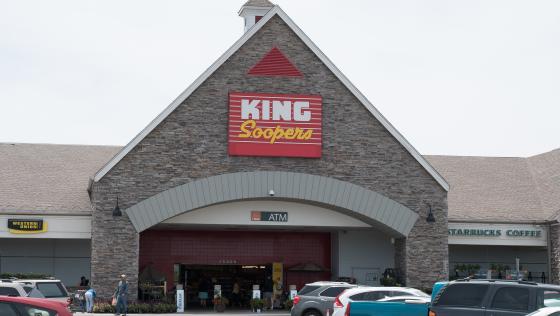 King Soopers workers who are members of UFCW Local 7 in Colorado started a planned three-week work stoppage on Jan. 12.

UFCW Local 7 workers at King Soopers stores in the Denver area walked off the job Jan. 12, fulfilling their pledge to strike if negotiation terms were not met. The stores will remain open through the planned three-week work stoppage, company officials said.

Kroger-owned King Soopers and City Market offered a last, best and final offer on Jan. 11, proposing a $170 million investment in wages over the next few years plus ratification bonuses and additional healthcare benefits. The union promptly rejected that offer, seeking more wage increases and benefits and stronger safety measures.

Both sides came out with strong words as the strike got underway. “Local 7 is putting politics before people and preventing us from putting more money in our associates’ pockets. Creating more disruption for our associates, their families, and Coloradans rather than negotiating for a peaceful resolution is irresponsible and undemocratic,” said Joe Kelley, president of King Soopers and City Market in a newly-released statement.

Parent company The Kroger Co. released an analysis showing that the organization’s compensation of hourly associates in Western states including Colorado averages $23.89 per hour, counting wages and healthcare and retirement benefits. The report noted that this compensation is higher than the average hourly wages and benefits of all workers in the U.S. retail industry and is comparable to job functions of the majority of Kroger associates.

Dr. Nam Pham, managing partner at economic research firm ndp | analytics and co-author of the report, addressed the disparities between data from the organization and the government and another survey used by UFCW. “These critics have unfairly selected partial information, incomplete data, and anecdotes to spread negative and inaccurate details about the compensation and benefits The Kroger Family of Companies provides. Unlike the Economic Roundtable study, our report uses the organization's comprehensive dataset of nearly 85,000 workers at stores in four Western states, which shows the organization's hourly associates have higher compensation rates than their peers,” he said.

Meanwhile, in a communication to its members, UFCW Local 7 declared that the company’s last, best and final offer “adds insult to injury.”

Kim Cordova, president of UFCW Local 7 and VP of UFCW International, said that the sides were still far apart. “We strike because it has become clear this is the only way to get what is fair, just, and equitable for the grocery workers who have risked their lives every day just by showing up to work during the pandemic,” she remarked.

On Jan. 12, the union tweeted: “To our Union Brothers and Sisters: today we rise up…To our Community: We ask you to stand with us and do not cross the picket line.”

Cincinnati-based Kroger employs nearly half a million associates who serve 9 million-plus customers daily through a seamless digital shopping experience and 2,800 retail food stores under a variety of banner names. The company is No. 3 on The PG 100, Progressive Grocer’s 2021 list of the top food and consumables retailers in North America.