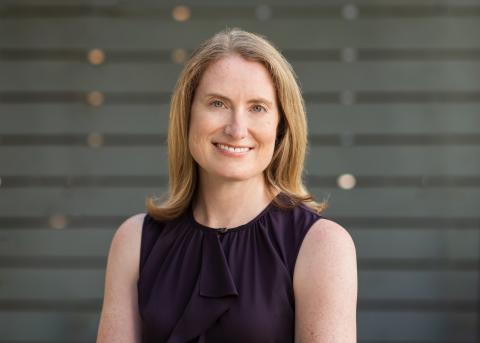 Instacart is making a move to better engage and collaborate with policymakers in the nation's capital.

Aden-Wansbury comes to Instacart after five years on Airbnb’s leadership team, where she led the company’s federal government relations. Prior to Airbnb, she spent two decades in Washington working in federal government, campaigns, and advocacy, most recently as chief of staff to U.S. Sen. Al Franken. At Instacart, she will lead the company’s growing public policy team with a focus on deepening relationships and collaboration with policymakers at the federal, state and local levels across North America.

Aden-Wansbury joins Instacart during a year of transformative growth for the company. The San Francisco-based company recently secured $225 million in new funding to scale its operations as it races to keep up with unprecedented shopper demand for online grocery. More and more shoppers are buying groceries online due to the pandemic. Instacart has benefited from that over the past few months. Meanwhile, many of Instacart's competitors, from startups to big retailers, are still racing to prioritize online capabilities and contactless shopping to meet new consumer demand.

Instacart, which has hired about 300,000 new workers since March, is now accessible to more than 85% of households in the United States, across all 50 states, and more than 70% of households in Canada. The company has accelerated its launch cadence with retailers since the start of the year and now partners with more than 400 national, regional and local retailers across more than 30,000 stores in the Untied States and Canada.

"That Instacart was able to meet an unprecedented increase in consumer need over the past several challenging months is just one of many signals of the company's operational excellence. We've been following this team since the beginning and, today, we're proud to partner with Instacart as they continue to build the service – with its ease of use, selection and affordability – to make online grocery accessible for millions of people across North America," said Kyle Doherty, managing director of the General Catalyst Endurance fund.

In addition to groceries and everyday goods, Instacart has  expanded its offering over the past year to include alcohol and prescription delivery and pickup services.

As part of the company’s commitment to deepening relationships with legislators and policymakers nationwide, Aden-Wansbury's team will be focused on continuing to build bridges with policymakers and reinforcing the important role that Instacart plays in the lives of their constituents as well as the benefit Instacart brings to local businesses and economies.