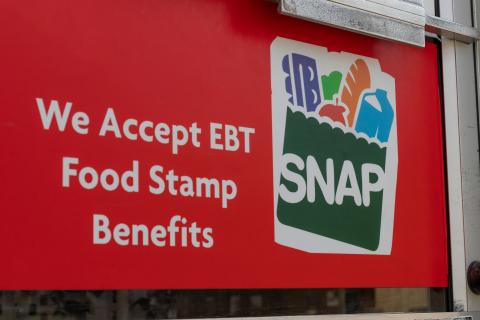 NGA will help improve access to grocery stores across the country by working to increase the number of food retailers authorized for SNAP online purchases.

The National Grocers Association (NGA), the trade association representing the independent supermarket industry, has released major industry commitments made in connection with the White House Conference on Hunger, Nutrition and Health to address food insecurity in the United States.

Specifically, over the next two years, NGA will help improve access to grocery stores across the country by working to increase the number of food retailers authorized for Supplemental Nutrition Assistance Program (SNAP) online purchases, with priority given to rural areas and areas with low food access, and developing a toolkit with a list of resources and funding opportunities to support the expansion of full-service grocery stores in food deserts.

“Across the nation, independent grocers and wholesalers serve as the cornerstone of their communities, providing access to nutritious food, essential services and creating jobs,” said Greg Ferrara, president and CEO of Washington, D.C.-based NGA. “As the supermarket industry continues to evolve and innovate, NGA and our members are committed to preserving the long-standing strong public-private partnerships with federal and state nutrition programs, and enhancing capabilities to reach and serve all Americans.”

On Sept. 27, the day before the conference, the Biden administration issued a national strategic plan to effectively end hunger in the United States and increase healthy eating and physical activity by 2030. The proposal included several key policies backed by NGA to address underserved communities, among them the enforcement of antitrust laws with a focus on economic discrimination in the food retail marketplace, and giving priority to economic development funds to grow food access.

“We were pleased to see the administration highlight the importance of independent grocers to underserved rural and urban communities,” said Chris Jones, NGA SVP of government relations and counsel. “A level playing field is critical to preserving a diverse, competitive food retail marketplace that benefits not only independent grocers, but consumers, wholesalers, manufacturers, suppliers, and farmers, where together they can work to provide affordable, fresh options for their communities across the nation.”

Also at the conference, Hy-Vee Chairman and CEO Randy Edeker said that the independent grocer will deliver 30 million meals to vulnerable communities by 2025, as well as deploy its registered dietitian team to educate 100,000 Americans in areas of low food access on healthy eating and nutrition by 2026.

“During these challenging economic times, we know more families are turning to food banks and community resources for assistance, and that’s where we can help,” said Edeker. “By providing 30 million meals by 2025 and providing health and nutrition education to 100,000 Americans by 2026, we can better the lives of those families who are currently food insecure. Our ultimate goal is to help eliminate hunger and connect with those in need, because no one should ever have to worry about where their next meal will come from.”

Among other commitments made in conjunction with the conference, same-day delivery service Shipt will launch an accelerator to support the growth of small local retailers by providing capital, e-commerce-focused technical assistance and education that will enable small retailers to succeed. The company will prioritize minority-owned businesses, with at least half in the food, beverage and grocery categories.

Employee-owned Hy-Vee operates more than 285 retail stores across eight Midwestern states and has a team of more than 93,000 employees. The West Des Moines, Iowa-based company is No. 30 on The PG 100, Progressive Grocer’s 2022 list of the top food and consumables retailers in North America. Shipt is an independently operated, wholly owned subsidiary of Minneapolis-based Target Corp., which is No. 6 on The PG 100, with nearly 2,000 locations. Founded and based in Birmingham, Ala., Shipt also maintains an office in San Francisco.