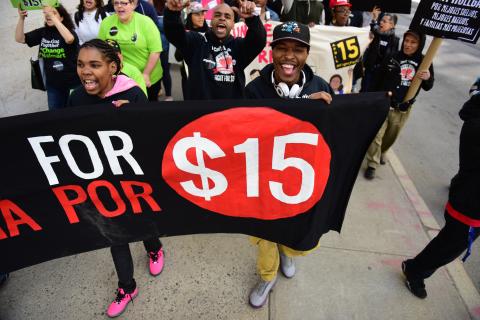 NGA believes that a $15 minimum wage "would harm small businesses and reduce food access in disadvantaged communities," as it noted in a letter to House committee members.

The National Grocers Association (NGA), the trade association representing the independent community supermarket industry, has sent a letter to the House Education and Labor Committee opposing the inclusion of the $15 minimum wage proposal in its budget reconciliation package.

“While we are willing to support an increase in the federal minimum wage, more than doubling the current hourly rate is impractical for a large portion of NGA’s members, many of whom are small independent businesses serving lower-cost-of-living geographic regions across the country,” noted Jones. “In response to a drastic increase in the minimum wage, many independent supermarkets would struggle to compete or accelerate the pace of automation in their stores and create an unlevel playing field between large and small businesses.”

The committee ended up approving the reconciliation package in a party-line vote. The measure will be merged into an expected $1.9 trillion economic rescue package, and then will head to the full House for a vote. The legislation is expected to pass the House before moving on to the Senate.

Ahead of Senate action, NGA also led a meeting between West Virginia grocers and the legislative staff of Sen. Joe Manchin, D-West Virginia, encouraging the legislator to oppose the $15 minimum wage. A moderate Democratic senator from a conservative state, Manchin is viewed as a crucial vote in the Senate’s approval of a $15 federal minimum wage, given the razor-thin Democratic majority.

Further, the association is calling on Congress and the Biden administration “to identify a more workable and realistic federal wage policy that allows independent supermarkets to continue to invest in their companies, employees and communities.”