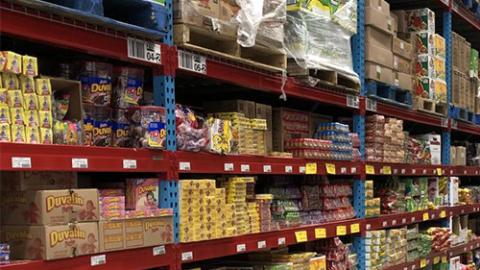 Traditional grocery stores aren't optimized for delivery — they're optimized for in-store visits. The existence of third parties such as Shipt and Instacart is a testament to the fact that traditional supermarkets understand their limitations when it comes to grocery delivery.

Customers expect perfect orders within an hour, a seemingly impossible feat for traditional grocers: Their expensive union labor isn't trained to pick orders, they generally don’t have space for staging, and they don’t have the technology infrastructure required to route and deliver quickly and efficiently.

The cost of building and running physical stores is another impediment. A typical chain grocery store is 50,000 square feet in size and houses 30,000 SKUs. It serves a 5-mile radius and costs $10 million to build. It takes at least two years for a store to break even.

Further, food waste at a traditional grocery chain is appalling — generally 30 percent to 35 percent. Margins are important, and money-losing delivery service isn't a priority. Stockouts (for delivered orders) are as high as 30 percent.

I call this store-based model “grocery delivery 1.0.,” and the current structure doesn’t help the 90-plus percent of the U.S. market who care deeply about keeping to their weekly budget.

What if the stores were eliminated? Microhubs or dark stores (essentially warehouses not open to the public for shoppers) can help. Smaller in size than traditional stores — typically 8,000 square feet, with 1,500 to 3,000 SKUs – microhubs can be built in just a few months for $100,000. Serving a 50-mile radius, they can reach break-even in eight months.

They're staffed with W2 employees who are trained specifically for order picking, and outfitted with technology to facilitate picking, packing, routing and delivery. In Farmstead’s San Francisco microhub, we can pick and pack a $150 order in five minutes and have it at a customer’s doorsteps in 25 minutes. That would be nearly impossible in a traditional store.

The microhub model is designed for delivery. It greatly eases entry into new geographies, reduces food waste by 3 to 4 times and helps eliminate food deserts by making fast, inexpensive delivery available to a wider area.

Most of all, it meets customer desires for perfect orders with no stockouts, delivered free, with no markups. Ideally, they also want to get all of their groceries — local brands, national brands, and fresh meats, dairy and produce — from one place, instead of going to multiple stores each week.

Curating inventory and automating procurement are critical to success with this model. At Farmstead, we do this via AI technology, which helps us build predictive models factoring in historic purchases, broader food trends and other data points to determine what and how much to stock. These models get smarter over time, with more real purchase data behind them. Also, we automate ongoing procurement, which helps ensure steady inventory.

After two years, Farmstead rarely has stockouts, our on-time delivery rates are near 100 percent, and our food waste is less than 5 percent — most of which is donated to local charities. Our prices are the same as local supermarkets, with enough selection that customers can skip trips to three separate kinds of stores, with fast, free delivery, all the while making these orders profitable.

Traditional grocers haven't cracked this code by at least separating retail sales and delivery by building microhubs for the latter.