Food retailers have offered higher wages, flexible schedules, signing bonuses and other perks to lure workers, but only Dollar General has the unique challenge of having to staff a store base of 18,000 locations that’s growing daily amid a historic labor crunch.

“Because of our culture, our footprint and our development programs, we’ve weathered the labor challenges very well,” says Kathy Reardon, EVP and chief people officer at Dollar General. “Over Labor Day, we said we were hiring 50,000 people, and I’m proud to say we not only met but exceeded that goal.”

According to Reardon, attracting workers in this labor environment isn’t just about increasing wages, it’s about giving people the chance to develop a meaningful career.

“It goes beyond paying competitive market-based wages,” she says. “The opportunity that Dollar General has for people to develop their careers, I think, is what sets us apart. So people come to us, maybe, for a job, but they stay because of the career.” 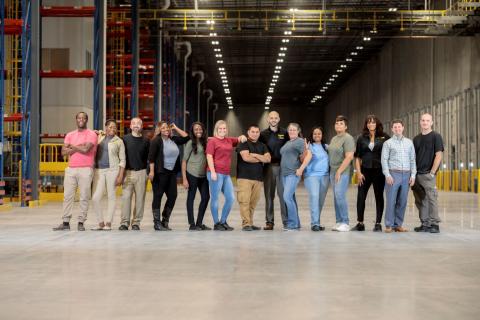 As for what that looks like at Dollar General, Reardon says that workers who start as part-time sales associates can become “key carriers” in six months, with responsibility for opening and closing stores, as well as making bank deposits.

“Six to eight months after that, you might be an assistant store manager,” she notes, “and on average, if you stay with us and continue to go through our development, in three years of joining us, you can run a store, and that’s life-changing.”

The sheer size of the Dollar General and its rate of growth ensure constant opportunities for upward mobility. Numerous members of leadership and approximately 75% of recent job placements and current store managers were promoted from within Dollar General.

“When you have 18,000 store locations, if you want to be a store manager, we have a lot of opportunities for you to do that,” Reardon says. “We have 900 district manager opportunities. The growth is endless. There’s 1,000 new opportunities, on average, a year to run a store for us. It’s hard to beat that out there right now.”

In addition to keeping so many positions filled at stores, distribution centers and its store support center, the company has been dangling $5,000 sign-on bonuses to candidates interested in driving for the DG Private Fleet, which has grown to more than 700 tractors and more than 550 drivers, due in part to the company’s DG Fresh initiative. The company recently announced a new initiative allowing DG Fleet drivers to bring one “co-pilot” — a vaccinated dog or cat of eligible breeds — along with them on the road. Other innovative talent initiatives include a partnership with Axonify to improve training at the company.

“Axonify has provided us with a new training platform that we’ve internally branded ‘Elevate,’ because it’s a way for people to elevate their learning, elevate their careers, elevate their professional development,” Reardon explains.

Dollar General has had to elevate training when it comes to the expansion of fresh food at so many of its stores, she observes, although it’s not a new skill set for employees, because of the company’s Dollar General Market formats, which feature expansive fresh food assortments.

“It’s a competency that we’ve had on one side of the business, and it was really about transferring it to the larger part of the chain,” Reardon says. “Then, on the development side, it's also teaching the customer service that comes with selling that fresh food and how to make sure that when customers come in, our managers and our associates are able to talk with them professionally about the offerings and what it means for them from a health perspective.”

Part of that service-focused strategy also includes making sure that every store feels like it’s part of the community, and a company-wide multimillion-dollar investment in inclusivity programs.

“Our COO, Jeff Owen, often says we don’t want to just be in the community, we want to be of the community,” Reardon says. “I’m pleased with our efforts, and I think that all of our employees, our investors and the communities we call home can really see the dividends of those efforts, too."