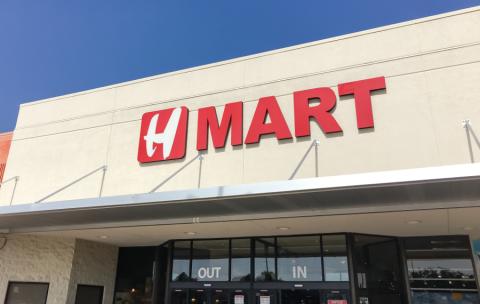 Located in Koreatown Plaza, the H-Mart flagship will open Feb. 1, 2019, and serve as the Asian-American chain's second store in the Koreatown area and 13th location in California. The Plaza Market served the local community for three decades, gaining a strong reputation for its fresh produce, meat and seafood. H-Mart has been in business for more than 36 years.

"I look forward to welcoming H-Mart to Koreatown Plaza," said Joong-Nam Yang, the CEO of Koreatown Plaza. "H-Mart's reputation for offering high-quality produce, meat, and seafood is unsurpassed, and its broad appeal to those outside the Asian-American community will complement Koreatown Plaza's position as the preeminent shopping and dining destination in Koreatown."

H-Mart's growth comes at a time when a major Asian-American supermarket chain is shedding several locations for better performance on the other side of the country. Physical and online grocer iFresh Inc., which is based in Long Island City, N.Y., and operates operates nine retail supermarkets along the U.S. eastern seaboard and two in-house wholesale businesses, announced a month ago that it is closing or selling underperforming stores and renovating remaining locations as part of a strategic initiative to enhance its shopping experience.

Headquartered in Lyndhurst, N.J., H-Mart is known as one of the top Asian-American grocers in the nation, operating more than 70 stores in the United States and Canada.