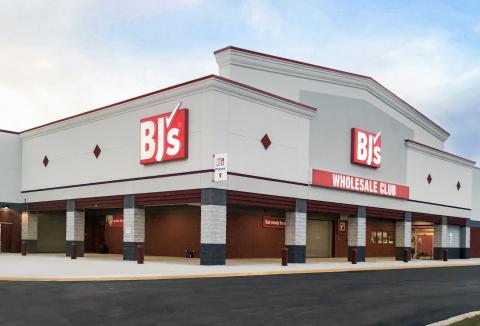 More BJ's locations are on the way in the Eastern part of the United States.

BJ’s Wholesale Club Holdings, Inc. has a keen eye on the future, announcing the addition of six new locations and reporting its outlook for the rest of 2021.

“We’ve made great progress accelerating the pace of our new club openings in the last few years and we’re looking forward to opening six new locations this fiscal year,” said Bill Werner, EVP, strategy and development. “We’re excited to bring the value and convenience of a BJ’s membership to more shoppers as we continue extending our reach across the Eastern United States.”

Meanwhile, in its Q1 earnings report released on May 20, BJ’s pegged revenues at $3.87 billion, a 1.9% increase year-over-year increase from 2020. Although same store sales dipped 5.0% in the first three months of this year, that rate beat analysts' expectation for an 8.4% slide.

Looking ahead, even as BJ’s builds for the future with new locations, the company declined to offer a specific financial outlook for the rest of 2021. CFO Laura Felice cited the uncertainty of the pandemic and its lingering effects on the economy and overall marketplace.

BJ’s is guided by new leadership as it expands its footprint in the Eastern part of the United States. Earlier this spring, BJ’s appointed Bob Eddy as the new president and CEO, and Felice to her new role as CFO and EVP.

Headquartered in Westborough, Mass., BJ's Wholesale Club is a leading operator of membership warehouse clubs in the Eastern United States. The company currently operates over 220 clubs and 151 BJ's Gas locations in 17 states and is No. 27 on The PG 100, Progressive Grocer’s 2021 list of the top food and consumables retailers in North America.