Editor’s Note: This is a continuation of the April 2022 issue feature, which highlighted key grocery industry news stories from 1916 to 1982. 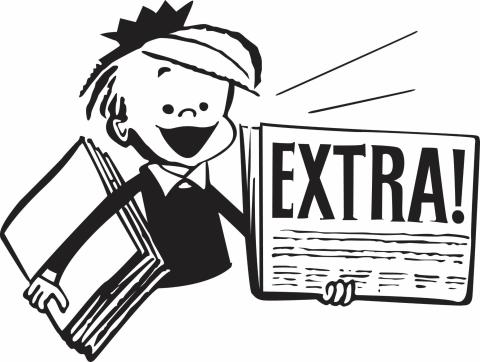 In the late 1980s, Safeway found itself in danger of closing, as it was carrying billions of dollars in debt. A relatively new New York investment firm called Kohlberg, Kravis, Roberts & Co. moved to acquire the chain using leveraged capital. While the process helped Safeway accelerate its restructuring process and become profitable again, some observers criticized the move, in part because of the large number of workers who lost their jobs after the buyout.

Still, after the leveraged buyout, a number of additional private-equity firms followed suit and pursued grocery chains. Kohlberg Kravis acquired Stop & Shop Cos. in 1988, and then made a $5.03 billion bid for Kroger, which was America’s second-largest grocery operator at the time. After Kroger rejected the bid, some feared that Kohlberg Kravis would attempt a hostile takeover. Pursuing its own path, however, Kroger moved ahead with a $4.6 billion corporate restructuring plan.

Leveraged buyouts declined in popularity after the 2008 financial crisis, but several regional grocery chains that have filed for bankruptcy in more recent years were owned by private-equity firms, including Fairway and Southeastern Grocers. Meanwhile, some modern-day financial analysts speculate that leveraged buyouts are just starting to gain in popularity once again.

1987: Cullum Cos. and WalMart Join to Open Hypermarket

Hypermart USA was the United States’ answer to the successful hypermarket concept that had become so popular in European markets. In a joint venture, Walmart Stores and Cullum Co. opened five acres’ worth of a supermarket/discount store in Dallas in 1987. Known as a “mall without walls,” the 220,000-square-foot store featured 70,000 products. At the time of its opening, the store was drawing more than 60,000 shoppers a week who wanted to experience the combination of a supermarket, discount store, pharmacy, auto service center and mini-mall under one roof.

While the concept proved a little too large to become profitable for Walmart and other companies, the idea of mixing grocery and general merchandise on such a large scale lived on in the Walmart Supercenter (Walmart’s first Supercenter opened later in 1988, in Washington, Mo.).

In a deal that created the nation’s largest warehouse club, Price Co. and Costco Wholesale Corp. merged in a stock swap valued at more than $2 billion. Price Club was the original warehouse membership club, launched in 1976 by Sol and Robert E. Price, while Costco, which was founded in 1983 by Jim Sinegal and largely based on the Price Club model, took the concept a step further in the grocery arena by offering fresh meat and seafood, as well as a large produce department.

Walmart entered the warehouse club business in 1983 with Sam’s Club, and another player, BJ’s Warehouse Club, first opened its doors in 1984. Even though some analysts have questioned the potential longevity of membership clubs, especially in modern times since Amazon has disrupted retailing, the concept remains alive and well today, with Costco, Sam’s Club and BJ’s all operating successfully.

While it has been reported that The Kroger Co. became the first supermarket to take online grocery orders for home delivery in 1995, several tech companies came onto the scene toward the end of the decade to capitalize on high-spending customers looking for more convenience. Webvan, founded in 1996, launched its operations in California and then pursued aggressive expansion plans, with a goal to operate in 26 major cities around the United States.

Another tech player that followed suit was HomeGrocer.com, which got its start in Washington state in 1997. One of the biggest challenges for these well-meaning startups was the lack of infrastructure — including warehouses — to support their grocery business. But their ideas led to the start of an e-commerce grocery business that has been gaining significant ground in recent years, especially as seasoned grocery operators combine their business savvy with new logistics methods.

Toward the end of 2007, all industry eyes were on Southern California as leading U.K. retailer Tesco launched a new made-for-America grocery concept focused on convenience and fresh and prepared foods. The new format, dubbed Fresh & Easy and taking up about 10,000 square feet of selling space, premiered with six stores in Los Angeles and Orange County.

“The new retail concept drew large crowds of customers and competitors alike on opening day, cramming into tight parking lots that had to be manned by traffic controllers,” noted Progressive Grocer at the time. “All were curious to see if Fresh & Easy would be true to its name and to Tesco’s promise of bringing fresh, easy and affordable meal choices to shoppers in a streamlined ‘neighborhood market’ format.”

One of the most fascinating angles of this story was that Tesco had spent many years gathering U.S. consumer input to uniquely tailor its stores to the American market. Some analysts predicted it would “revolutionize” American retailing.

While Tesco certainly had great plans for the concept and went on to open more than 200 stores in Arizona, California and Nevada by the end of 2012, the retailer confirmed in April 2013 that it was pulling out of the U.S. market, after years of struggling to turn a profit. Some of the factors that contributed to this included the company’s failure to merchandise stores for local markets, missteps in packaging, a continuous issue with out-of-stocks, overpriced private label items, and a hefty investment in a large distribution center that didn’t pay off for the company. In addition, Tesco put itself up against some major competitors, including Walmart, Target and Trader Joe’s. 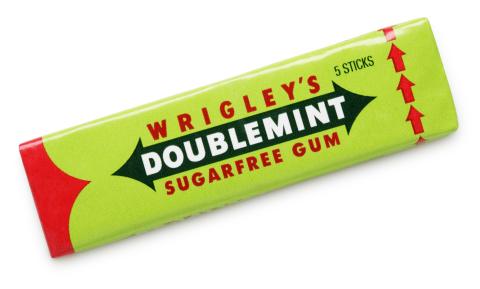 The year 2008 saw two mammoth mergers in the CPG industry, beginning with Belgian-Brazilian brewer InBev’s $52 billion takeover of Anheuser-Busch in July. After resisting offers for a month, the Anheuser-Busch board finally agreed to accept the more attractive bid. The company had enjoyed its status as a premier American brewer for 150 years, and the new deal created not only the world’s largest beer company, but also one of the top five CPG firms in the world. In further consolidation moves, in 2012 Anheuser-Busch InBev purchased GrupoModelo, and then in 2016 the beer company acquired its rival SABMiller.

In another large deal in 2008, Mars Inc., the maker of M&Ms, purchased chewing gum manufacturer William Wrigley Jr. Co. for about $23 billion.

Famous financier Warren Buffett was a supporter of both transactions, which were emblematic of the CPG consolidation to come, in the face of mounting production costs, global logistics challenges, and changes in consumer tastes and preferences. 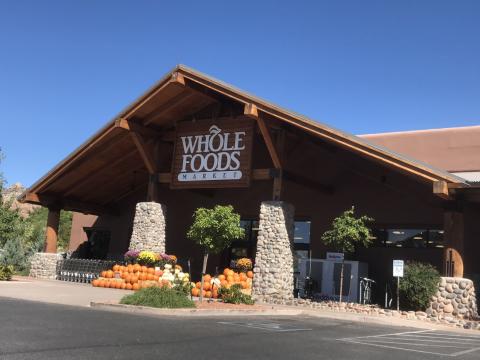 To some observers, it sounded like a marriage out of left field, but when Amazon revealed its plans to acquire leading natural food retailer Whole Foods Market for $13.7 billion, others saw the synergies right away. In Amazon’s words, the union was designed to help “pursue the vision of making Whole Foods Market’s high-quality, natural and organic food affordable for everyone.” But others saw the undeniable advantage of Amazon gaining more insights into the grocery industry, inheriting physical real estate and turning its Amazon Prime members into an even more loyal customer base.

In an article published in PG in 2021, Rob Twyman, EVP/operations at Whole Foods, said he felt that the retailer has so far maintained its separate identity while still finding ways to learn from and grow with Amazon. “They’ve helped us understand through data the different aspects of our business, and we continue to bring a philosophy around food in particular that I think is important as they continue to get into the food business,” he said.

Of course, Whole Foods has also upped its e-commerce game since becoming a part of Amazon and is now testing delivery-only dark stores and delivery fees for Prime delivery members. And with the stated intention of making natural and organic foods more affordable, the retailer has launched numerous Prime promotions and discounts, as well as price cuts across all departments. Amazon, meanwhile, is trying its hand at retailing with its Amazon Fresh grocery banner. 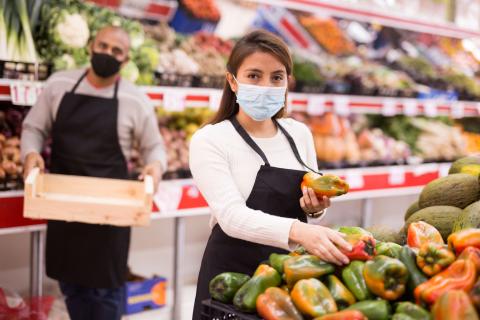 In March 2020, few people likely recognized the humongous changes the country was about to go through when the COVID-19 virus was officially declared a global pandemic. In those early days, grocery store workers suddenly found themselves being categorized as front-line workers, since supermarkets were one of the few businesses to stay open — and everyone obsessed about running out of food and toilet paper!

The impact that the pandemic had on speeding up grocers’ online operations and logistics regarding pickup and home delivery is only beginning to be fully realized, while long-lasting impacts on the retail supply chain and price inflation are being felt in a big way by shoppers today.

PG’s recent “What’s Next for the Way America Eats” research revealed that during the days of lockdown, many Americans enjoyed cooking again and said they plan to continue making their own meals.

COVID-19 also spurred record rates of sales growth among retailers, to a degree that may not ever be experienced again.