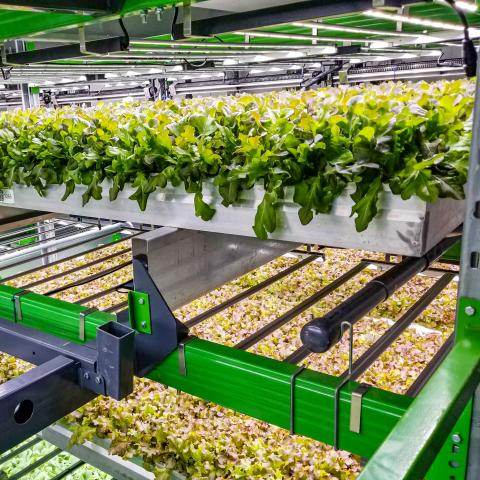 Bowery Farming, a vertical-farming company based in Brooklyn, N.Y., is supplying leafy greens and other fresh produce to retailers such as Whole Foods, Giant Food, and Albertsons' Acme and Safeway banners.

The country’s most sustainably minded retailers are placing more of an emphasis on sourcing — by both boosting locally and sustainably produced food and by requiring stricter environmental standards from their suppliers. This ranges from sourcing more sustainable seafood, including canned tuna, to ensuring that beef is being produced with no deforestation. Palm oil, coffee, eggs, soy and pulp are other commodities that are being more closely watched by grocers to ensure sustainable production.

In fact, the 2022 Sustainability Barometer released by London-based Mintel finds that from a global consumer perspective, concerns about water and food shortages are now being prioritized ahead of previous preoccupations with waste and plastic. Therefore, it makes sense for grocers to include messaging about their efforts in more sustainable sourcing and in combating climate change.

Several retailers, including Batavia, Ill.-based Aldi US, are committing that all of the fresh, frozen and farmed seafood they purchase will be third-party certified as sustainable or from fishery improvement projects by the end of 2025. Meanwhile, expect to see more of these grocers ramp up tracing efforts so that customers will also recognize their efforts in sustainability.

Rochester, N.Y.-based Wegmans is addressing sourcing firsthand at its organic farm and orchard in Canandaigua, N.Y., where it sustainably sources more organic produce and extends the East Coast growing season. This year, the farm is committed to achieving 95% zero waste.

Meanwhile, The Kroger Co., Publix Super Markets and Whole Foods Market are among the retailers bringing farming directly to their stores. In 2019, Cincinnati-based Kroger revealed that it would introduce produce farms at its QFC stores in Washington state, via a partnership with Infarm, a Berlin-based urban farming network. Then, in 2020, Austin, Texas-based Whole Foods unveiled a vertical farm from Brooklyn, N.Y.-based Farm. One in one of the grocer’s Big Apple stores, while Publix added an on-site trailer farm from a local hydroponic grower to its GreenWise Market store in the grocer’s hometown of Lakeland, Fla.

Another vertical-farming company, Brooklyn, N.Y.-based Bowery Farming, recently opened its largest, most technologically advanced and sustainable commercial smart farm in Bethlehem, Pa. The farm will supply fresh produce within a 200-mile radius to such retail customers as Whole Foods, Giant Food, and Albertsons’ Acme and Safeway banners, as well as several independent grocers and e-commerce partners such as Amazon Fresh.