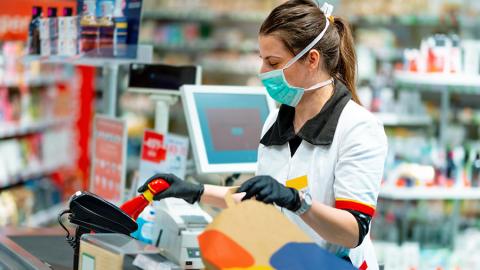 The COVID-19 pandemic is causing massive improvisation in the world of food retail, and now California-based Stater Bros. and Texas-based H-E-B are extending store opening hours to better meet the needs of consumers during the outbreak.

Effective Monday, all of the 169 Stater Bros. Market locations will be open from 7 a.m. to 11 p.m., with that first hour of shopping, from 7 a.m. to 8 a.m., reserved for senior citizens. Previously, those stores closed at 9 p.m.

“We are dedicated to serving our community by offering our valued customers additional time to shop for their essential needs,” stated Stater Bros. CEO Pete Van Helden.

Food retailers are experimenting with a variety of shopping hours and customer limits to protect customers and workers.

Such giants as Walmart and Aldi are among the retailers that have set customer limits, which tend to mean that no more than five customers per 1,000 square feet of store space can be inside a store at any one time. Grocers are also catering not only to senior citizens but shoppers with disabilities, first responders and healthcare workers, either by giving them dedicated shopping hours or letting them go to the front of any customer line outside the store.

As other food retailers have done, Stater Bros. has increased its pay for workers – in this case, by $2 per hour – and has now extended that for an additional two weeks, to May 17. The business has set a wage incentive for all hours worked for all of the company’s hourly employees that work in the stores, distribution, transportation, corporate offices and construction.

Target is among the retailers that have also increased their worker rewards during this pandemic. Employees will still earn a $2-per-hour temporary wage increase through May 30, and team members who are 65 or older, pregnant, or who have underlying medical conditions as defined by the CDC, will receive 30 days' paid leave.

Stop & Shop and the United Food and Commercial Workers International Union (UFCW) have additionally announced that a 10% increase in pay for union hourly store associates, which was first announced on March 22, will be extended through May 30.

San Antonio-based H-E-B is No. 6 on Progressive Grocer’s 2019 Super 50 list of the top grocers in the United States, while San Bernardino, Calif.-based Stater Bros. is 23rd on the list. Target ranks No. 15 and Stop & Shop's parent company Ahold Delhaize USA is No. 4.