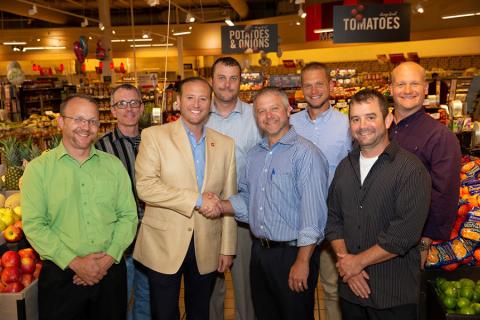 Further growing its presence in its home state, Giant Food Stores has entered into an agreement with independent grocer Musser's Market to acquire its three Pennsylvania locations in Columbia, Lebanon and Quarryville.

“We were honored when the Musser family contacted us about purchasing their wonderful locations,” noted Giant Food Store President Nicholas Bertram. “The Musser family founded their grocery store in 1925, and we recognize the deep roots and strong reputation they have in Lancaster and Lebanon counties.  We look forward to continuing their legacy of caring for families and the community.”

The sale is expected to wrap up by the end of October. At its completion, the stores will shutter for about a week to undergo remodeling, with additional details on the conversions to be released at a later date.

All Musser’s Markets associates will be able to interview for jobs with Giant Food Stores, which currently has 158 stores in Pennsylvania and employs almost 29,000 associates in the state.