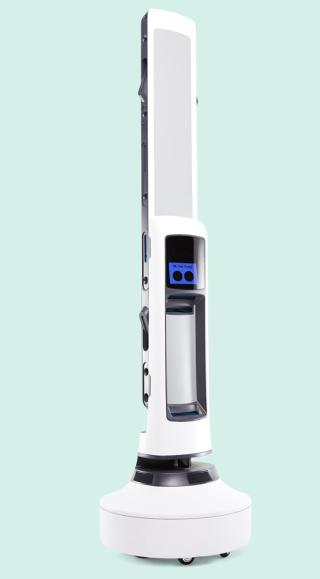 Giant Eagle has unveiled a pilot program with Simbe Robotics to deploy Tally, Simbe’s autonomous shelf-auditing and inventory analytics solution, at the grocer’s Giant Eagle and Market District stores in Pittsburgh and Cleveland, and Akron, Ohio. Tally ensures that products are on shelves when and where customers expect them to be, while enabling store associates to focus on customers instead of inventory.

In the pilot, Tally sends detailed data reports to store teams every 30 minutes that capture, report, and analyze the state and availability of merchandise. The reports help the teams address controllable out-of-stock and pricing situations while optimizing each store’s product layout.The solution requires no infrastructure changes to the store and operates safely during normal store hours alongside shoppers and employees.

"When it comes to the food retail industry, shopper experience is everything,” noted Giant Eagle spokeswoman Jannah Jablonowski. “If a product is unavailable at the time our customer wants to buy it, we’ve missed an opportunity and disappointed our customer. Tally helps us address these challenges by providing more precise and timely analysis of the state of in-store merchandise and freeing up staff to focus on customer service and guest interaction.”

“Giant Eagle is investing in cutting-edge inventory solutions to ensure the products customers want are where they expect them to be,” said Brad Bogolea, CEO and co-founder of San Francisco-based Simbe. “With Tally, Giant Eagle can leverage actionable data about what’s happening on shelves. Tally’s insights add immense value to Giant Eagle customers by improving their overall in-store experience, and to store teams by empowering them with frequent, accurate inventory information.”

In related news, Brain Corp, a San Diego-based AI company, said that it would be expanding its relationship with Bentonville, Ark.-based Walmart by providing BrainOS technology to an additional 1,500 robotic floor cleaners nationwide by the end of the year. The deal will raise the earlier count of 360 robotic floor cleaners powered by BrainOS operating in Walmart stores to a fleet of 1,860 machines. The company is also increasing its number of inventory management robots furnished by San Francisco-based Bossa Nova from 50 to 350, with a rollout to 300 additional stores in 2019, among other automated solutions being adopted by the mega-retailer.

Pittsburgh-based Giant Eagle operates more than 460 stores throughout western Pennsylvania, north central Ohio, northern West Virginia, Maryland and Indiana. The company is No. 16 on Progressive Grocer’s 2018 Super 50 list of the top grocers in the United States.