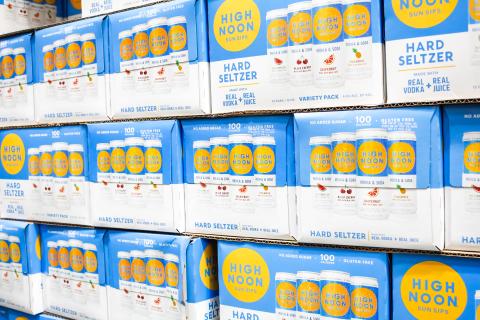 In addition to reporting on unusual new products – such as a beer brewed with recycled hot dog water (!) and augmented reality contact lenses –Datassential shared several notable foodservice and retail movements in its recent Midyear Trends Report. According to the data firm’s information and analysis, consumers’ behavior in 2022 reflects their concern about prices, their interest in unique items and their embrace of technology in learning about and buying goods and services.

In general, the marketplace is in somewhat of a state of flux. “There was an idea that everyone would rush back to restaurants, but at the same time, you see higher prices and a possible looming recession, so I think everyone is just confused about where consumers will go in the future,” observed Mike Kostyo, Datassential’s trendologist and senior managing editor on the market intelligence team.

According to Kostyo, the latest insights reveal that the younger age demographic of Gen Z is displaying its unique purchasing power at the halfway point of this year. “Gen Z is more willing to do everything in the future,” he noted.

To that end, Gen Z is more willing than other age groups to visit quick service restaurants and even fine dining restaurants. Compared to Millennial, Gen X and Boomer consumers, Gen Z customers are also more likely to order third-party delivery; 26% of them plan to buy more items from such delivery services, versus 14% of Millennials, 8% of Gen Xers and 4% of Boomers.

When it comes to retail, consumers are seeking to save money at a time of spiking inflation. Datassential found that 21% of consumers plan to visit large discount stores in the future. Breaking it down by age, 40% of Gen Z agree with that sentiment, compared to 22% of Millennials, 18% of Gen Xers and 12% of Boomers. The majority – 66% of all respondents – said they will visit discount stores the same amount in the near future, while less than 10% across all age groups report that they will visit less often.

There are other opportunities with consumers of all ages to leverage technologies across the food and beverage industry, the report shows. “One of the things we found was that 70% of consumers who have used a QR code like the experience. People have pretty good experiences with QR codes and they probably are not going away anytime soon. So what do we do with them and how do we improve them even more?” asked Kostyo.

In other news, Datassential has made some organizational changes this summer. Earlier in July, the company announced that Jim Emling has been appointed as CEO, while current CEO, co-founder and board member Jack Li has been tapped as executive chairman. Most recently, Emling served as COO for Datassential.

“The board of directors and I are thrilled that Jim will serve as the next CEO of Datassential,” said Li, who will focus on product innovation and insights. “We’re a fast-growing company, and I know that both Datassential and our customers will benefit tremendously from Jim’s leadership – he’s the ideal person to guide us through our next leap forward, focusing always on helping our customers succeed in their goals.”

Added Emling: “This company has a truly uncommon devotion to its customers and the industry at large that you just don’t often see. It really is inspiring to feel like we are part of something bigger than just ourselves, and I look forward to carrying this tradition forward as we continue to grow.”