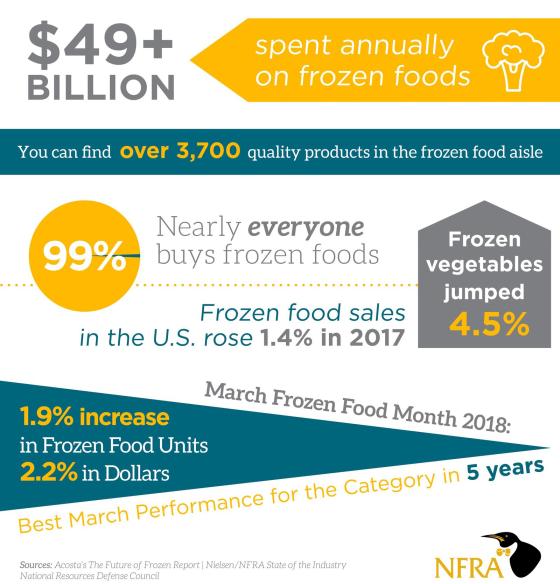 Further, many NFRA member companies, among them Conagra, Pinnacle Foods, B&G Foods and Kellogg, are experiencing positive growth for many of their frozen brands, including Healthy Choice, Birds Eye, Green Giant, Eggo and MorningStar Farms, according to the trade association.

“The industry together is doing a great job in making this turn around happen,” noted NFRA President and CEO Skip Shaw. “The innovation we're seeing from our brands in both product development and packaging demonstrates success in meeting the needs of a changing consumer base and aligning frozen food offerings to their new demands.”

Added Shaw: “There are many new frozen food brands and product lines that are now catering to a wider variety of cultures and dietary requirements. Whether someone is looking for vegan, ethnic, gluten-free, organic or antibiotic-free meat, the frozen food aisle has it all, and more.”