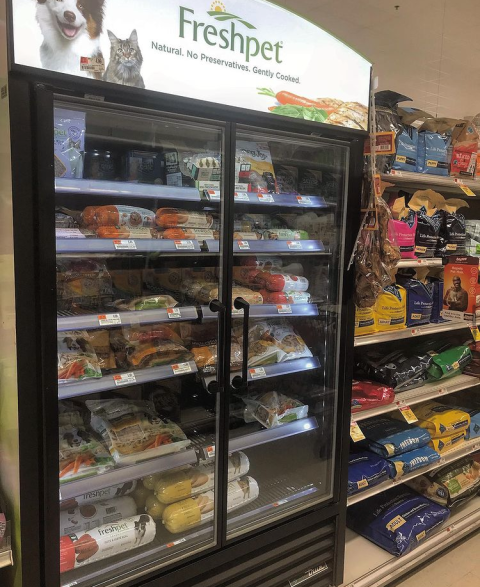 Freshpet foods and treats are kept refrigerated from the moment they're made until they arrive at Freshpet Fridges in grocery stores.

Healthy dog and cat food provider Freshpet Inc. recently revealed several changes in its organizational structure designed to enhance its capabilities and support its long-term growth objectives. Specifically, these changes are designed to strengthen the company’s capabilities in production, quality, engineering, logistics and finance. Those leadership changes include:

Charles Norris, Freshpet’s chairman of the board, noted: “We remain confident that the growth opportunity for Freshpet is enormous and with that comes necessary investments in organizational capabilities in order to fulfill our potential. Each of these changes is designed to focus more resources on the specific areas where we believe the company has the greatest opportunity to enhance its effectiveness, increase its reliability and consistency of performance, and deliver the Freshpet experience and service that consumers and retail partners expect.”

Billy Cyr, CEO of Secaucus, N.J.-based Freshpet, added: “The rapid growth of our business, coupled with a fluid operating environment, has created a unique set of opportunities and challenges over the past two years. We remain committed to meeting our objectives and are making some targeted investments to reduce volatility and establish an even greater set of capabilities to ensure that we deliver the profitable growth that we believe is inherent in this business.

“The promotion of Ricardo, along with gaining additional technical expertise across our manufacturing and supply chain, are critical elements for the successful launch of our new Ennis, Texas, facility and the anticipated future long-term growth that it will support,” continued Cyr. “Since Ricardo joined Freshpet almost two years ago, he has demonstrated the leadership and technical skills necessary to drive tangible improvements to our rapidly expanding operations, resulting in consistent advancements in throughput and productivity – both of which underpinned our successful refilling of the supply chain over the past several quarters.”

For its second quarter ended June 30, Freshpet reported net sales of $146.0 million, an increase of 34.4% from last year. Net loss was $20.6 million, compared with prior-year net loss of $7.5 million. Additionally, adjusted EBITDA was $3.9 million for second the quarter, compared with last year’s $10.9 million.

For full-year 2022, the company’s adjusted EBITDA guidance includes net sales of more than $575 million, an increase of approximately 35% from 2021. Adjusted EBITDA during the second half of 2022 is expected to skew heavily to the fourth quarter (an approximate 75/25 split between fourth and third quarters, respectively), due to the combination of increased revenue, supported by the impact of higher pricing and consistent consumption growth, and lower marketing investment.

Freshpet’s mission is to improve the lives of dogs and cats through the power of fresh, real food. Its foods are blends of fresh meats, vegetables and fruits farmed locally and made at Freshpet Kitchens.  Freshpet foods and treats are kept refrigerated from the moment they’re made until they arrive at Freshpet Fridges in grocery stores.