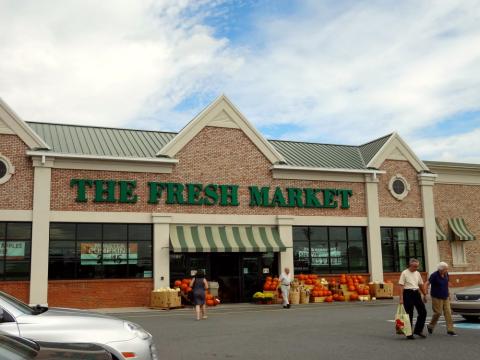 The Fresh Market Inc. has created the new position of VP, deputy general counsel and head of diversity, appointing Gerald L. Walden Jr. as the first to take on the role.

The murder of George Floyd and the subsequent Black Lives Matter protests last summer sparked many major retailers across the country to implement corporate social justice initiatives. For example, The Fresh Market revealed in June that it was donating $250,000 to the NAACP Legal Defense and Educational Fund Inc. as part of its commitment to fight racism and discrimination. An additional $50,000 was pledged to the International Civil Rights Center & Museum in The Fresh Market's hometown of Greensboro, North Carolina.

Many companies also started to create new diversity executive roles for the first time. At The Fresh Market, the newly created head of diversity role underscores the retailer’s commitment to strategically advancing and integrating diversity, equity and inclusion values and practices in a way to better connect with The Fresh Market’s team members, partners, customers and communities.

Walden, who was previously VP, head of legal, will continue to play an integral part on The Fresh Market’s legal team, offering his vast experience in labor and employment law. He also currently sits on The Fresh Market’s Diversity Action Board and, for nearly a decade, has overseen the retailer's legal internship program that provides opportunities exclusively to minority law students. Further, Walden has an extensive background in inclusive leadership, having served as the chair of the North Carolina Bar Association’s Minorities in the Profession Committee, as the president of the Guilford County Association of Black Lawyers, and currently as a board member on the National Employment Law Council and two historically Black universities.

“Gerald has built a strong network throughout the organization and the state of North Carolina in his almost 17 years with the company that will help us continue our efforts in providing a more inclusive work environment for team members and shopping experience for our guests,” said Jason Potter, president and CEO of The Fresh Market.

The grocer has also been working to place a greater emphasis on diversity as it applies to its product offering. In March, 100-plus products from women-owned companies were called out throughout the store with signage, as well as via social media, in honor of Women’s History Month. This is the second consecutive year that the retailer has promoted women suppliers.

Meanwhile, The Fresh Market recently made another significant change to its executive team. Potter named Ted Frumkin group VP of real estate, development and construction to help the company “continue to innovate fresh specialty grocery.” Frumkin’s most recent experience in food retailing came at Phoenix-based Sprouts Farmers Market, where he was chief development officer, helping the company add more than 200 stores during his seven-year tenure.

The Fresh Market operates 159 stores in 22 states. The company is No. 71 on The PG 100, Progressive Grocer’s 2020 list of the top food and consumables retailers in North America. Phoenix-based Sprouts Farmers Market  is No. 45.