A passionate pilot, Shon Boney was particularly proud of his work flying cancer patients and veterans to and from medical treatments around the country.

Former Sprouts Farmers Market CEO Shon Boney passed away with his family by his side on March 8 at age 52 after a battle with brain cancer.

Boney was a visionary who early on predicted the natural food trends ubiquitous in every grocery store today.

He founded and grew the Sprouts chain from one store in Chandler, Arizona, to hundreds of locations. In 2012 when the chain celebrated its 10-year anniversary, Boney said:

“It has been an honor to introduce our signature shopping experience to so many communities over the last ten years. We express our deep gratitude to all of our customers, employees and partners that have made Sprouts such a great success. As we close on a decade of business together, I look forward to sprouting many more markets in the near future and meeting more great people along the way.”

Boney stepped down from the CEO role in 2012, but remained on the board. Then he stepped down from the board and retired in 2019. Today Sprouts operates approximately 300 stores in more than 19 states, and recently announced plans to open about 20 new stores in 2021, including four with a new smaller format in accordance with a previously unveiled strategy, and one store relocation.

The openings also include 10 stores in Florida, where the grocer has been growing its presence rapidly since 2018 and now operates 23 locations. Further, Sprouts will open two new local produce distribution centers this year, one in Aurora, Colorado, this month and the other in Orlando, Florida, later in the year. The new DCs will enable supply chain efficiencies by situating stores within 250 miles of them.

Boney was the grandson of Henry Boney, who founded Boney’s Marketplace (later named Henry’s Farmers Market) in San Diego. He joined the Boney’s staff in 1986 and learned all areas of the business. After Henry’s was sold, he moved to Arizona, and co-founded Sprouts Farmers Market.

Boney's passion, in addition to natural foods retailing, was also flying. He became a pilot at age 16, earning various pilot ratings from single prop planes to solo piloting multi engine jets. He was particularly proud of his work flying cancer patients and veterans to and from medical treatments around the country. A lifelong athlete, Boney was also an avid cyclist, skier and boater.

Boney is survived by his wife of 28 years, Heather (Ryan), and their three daughters, Sydney (25), Brooke (23) and Megan (17); his sister Missy (Boney) Benker; and his parents, Stan and Penny Boney.

A memorial service will be held on April 17 at 1 p.m. at Secret Hills Ranch in Alpine, California. In lieu of flowers, the family requests donations to the following charities: challengecenter.org, veteransairlift.org or angelflightwest.org.

Sprouts Farmers Market is No. 22 on Progressive Grocer’s 2019 Super 50 list of the top grocers in the United States. 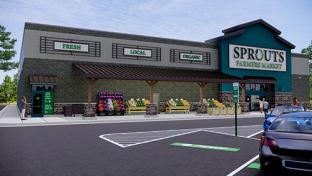 The company started with one store in Chandler, Ariz.