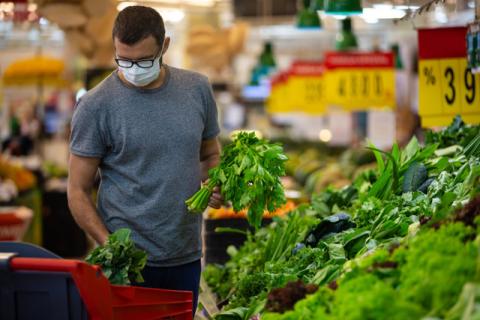 Forager now operates in 13 states and in more than 40 grocery stores, and has formed partnerships with more than 50 new fresh and nonperishable vendors.

Food retailers including The Common Bond Market, in Shelton, Connecticut; Solo Italiano, in Portland, Maine; Mountain View Market Co-op, in Las Cruces, New Mexico; and Pemberton Farms Marketplace, in Cambridge, Massachusetts, will boost the amount of local food they source while leaving the supply-chain process, from procurement to payment, to Forager. The company also recently partnered with Mansfield, Massachusetts-based Roche Bros. Markets. These partnerships have enabled Forager to grow in such markets as the greater Boston and New York metropolitan areas, and to enter New Mexico.

“A more in-depth look into Forager has made me realize that, as far as growing our local program goes, Forager is the obvious next step,” noted Forest Miller, assistant general manager of Pemberton Farms Marketplace.

“Without Forager, grocers who want to expand local struggle with inefficient ordering processes and difficult program management, and many end up relying on distributors who shrink local producer margins dramatically,” said Joe Blunda, CEO of Portland, Maine-based Forager. “To meet consumer demand for the freshest, healthiest food, grocers need to build direct supplier relationships -- Forager enables them to do just that. We’re excited to continue our growth trajectory as more and more innovative grocers place their bets on local and the value of building a strong local supply chain.”

Forager has already achieved a number of major milestones, among them operating in 13 states and in more than 40 grocery stores, and teaming with more than 50 new fresh and nonperishable vendors.

The company has also teamed up with Mark Doiron of The BGJ Group, a Naples, Florida-based consultancy, to help form relationships with larger grocers interested in Forager’s capabilities and partnership. A former executive at Hannaford Brothers/Delhaize America, Sure Winner Foods and Fresh Thyme Markets, Doiron offers extensive experience in the retail grocery environment, while The BGJ Group will facilitate extended networks, as well as mentorship and counsel.