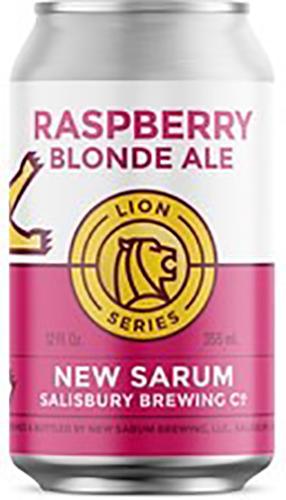 Food Lion has teamed up with a local craft brewery, New Sarum Brewing, in the grocer’s hometown of Salisbury, N.C., to offer a limited-release beer at 67 stores in the Tar Heel State.

Made with raspberry purée, the ale boasts a crisp, refreshingly tart flavor.

“Our partnership with New Sarum is a terrific opportunity to enhance our offerings with a local supplier while at the same time going after a key growth category for Food Lion, which is craft beer,” said Adrian Baker, Food Lion’s VP of category management – center store. “New Sarum, as well as multiple other departments and functions throughout Food Lion, [has] contributed to making this program a great success. Our hopes are the New Sarum Raspberry Blonde is the first item in a series of limited-release batches that we’ll bring to our Food Lion customers.”

According to the grocer, early results have surpassed expectations, at about 50 percent sell-through in the first two weeks.