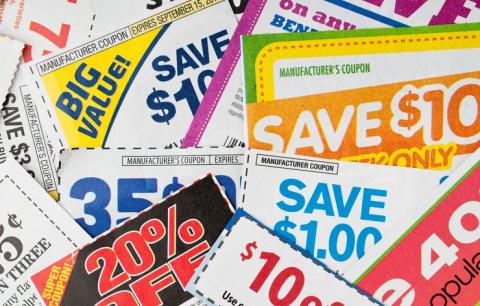 Research reveals that fraudulent coupon use is costing the retail industry more than $100 million annually.

The financial impact of coupon fraud has been brought to light this week by a Virginia Beach, Va., couple's guilty plea in a case involving a counterfeit scheme that cost retailers and manufacturers more than $31 million in losses.

According to court documents, from approximately April 2017 through May 2020, Lori Ann Talens operated a complex scheme using social media sites and apps such as Facebook and Telegram to find groups of coupon enthusiasts and sell them counterfeit coupons. Talens, who operated online under the moniker “MasterChef,” used a computer to design, create and produce a wide variety of counterfeit coupons in her Virginia Beach home. These counterfeit coupons were reportedly indistinguishable from authentic coupons. They were often created with inflated values, far in excess of what an authentic coupon would offer, to receive items from retail free or for a greatly reduced price.

“These defendants orchestrated a nationwide scheme to make and sell counterfeit coupons, which defrauded businesses out of more than $31 million,” said Acting U.S. Attorney for the Eastern District of Virginia Raj Parekh. “Counterfeiting coupons harms the entire retail industry and causes financial loss to consumers, businesses and the economy. As this case demonstrates, those who use illegal get-rich-quick schemes to deceive others will be brought to justice.”

New research reveals that fraudulent coupon use is costing the retail industry more than $100 million annually.

In a recent interview with Progressive Grocer, John Helmle, EVP and president of fintech at Winston-Salem, N.C.-based Inmar Intelligence, said a best practice in the industry from a food retailer and a supplier standpoint is to leverage data and technology, specifically point-of-sale technology, to combat this problem. Early this year, Inmar launched CNFRM (pronounced confirm), which is a real-time cloud-based counterfeit solution embedded at point of sale. “Using artificial intelligence and data science, CNFRM stops fraudulent coupons before they can be redeemed and lays the groundwork for electronic clearing,” said Helmle.

St. Louis-based Schnucks is the first food retailer to deploy CNFRM and has immediately benefited from the technology, with the detection of counterfeit coupons within the first week, according to Inmar.

The Talens' coupon fraud scheme was discovered when one of their customers reported them to the Coupon Information Center (CIC), a coalition of consumer product manufacturers dedicated to coupon integrity. The CIC purchased coupons from the Talens, confirmed that they were counterfeit, and contacted the U.S. Postal Inspection Service for further investigation.

“Whenever someone uses the U.S. mail to send counterfeit, illegal or improper items, postal Inspectors will find them and bring them to justice,” said Peter R. Rendina, postal inspector in charge, Washington division of the U.S. Postal Inspection Service. “We remain committed to keeping the mail safe for our customers and our employees.”

After identifying the defendants as the source of the counterfeit coupons, federal law enforcement executed a search warrant on their residence. During the search, agents seized nearly $1 million worth of counterfeit coupons. Furthermore, a review of their computer revealed images for more than 13,000 separate and distinct counterfeit coupon designs. The CIC reviewed these images and compared them with the known counterfeit coupons in circulation, later concluding that coupon redemptions using these counterfeit designs had caused more than $31.8 million in losses to retailers and manufacturers.

In a separate scheme, Lori Ann Talens also defrauded Medicaid and the Supplemental Nutrition Assistance Program (SNAP) from approximately November 2015 through February 2020. She applied for benefits for each of these programs and failed to disclose either her husband’s legitimate employment income, or their own illegitimate counterfeit coupon income. The total loss to Medicaid and SNAP was approximately $43,000.