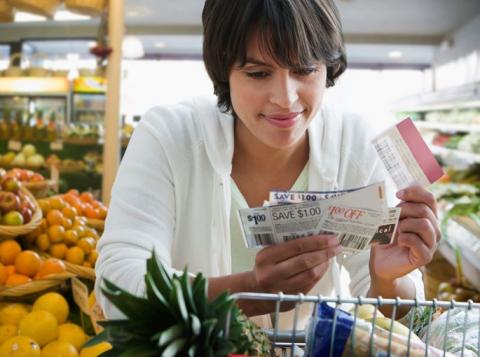 Usage of traditional coupons remain prevalent at retail, and that creates a wide range of operational challenges for retailers and brands. Inmar Intelligence is addressing the problem with new fraud detection technology.

Now, two studies from Inmar Intelligence highlight the root causes of the problem and the toll it is taking on retailers and consumer goods companies. Inmar surveyed 1,000 shoppers about their usage of coupons and also survey 300 people who work for CPG companies. The key takeaway from the research is that coupon fraud is more prevalent than previously thought, with 90% of respondents from CPG companies expressing concern about the issue, while 56% of consumers reported cashiers overriding a coupons that did not scan properly.

“It is clear that coupon fraud is a major issue within retail, and there is major work that needs to be done to combat it,” said John Helmle, EVP and president, FinTech at Inmar Intelligence. “Through the insights of our two surveys, the retail industry can better calculate the true cost of coupon fraud and determine ways to eradicate it completely.”

Cashiers overrides of improperly scanned coupons are only one source of the estimated $100 million annual loss. More than half of shoppers also indicated they are participating in behaviors that could result in fraudulent activities. For example, 52% of those surveyed admitted to trying to use an expired coupon and 48% said they tried to use a coupon for products that do not apply. Another 63% said they have tried to apply multiple offers when purchasing an item.

Regardless of if the coupon misuse is happening on the shoppers’ side or the retailers’ side, counterfeit coupons and mis-redemptions are a drain on overall industry profitability and can be a source of other operational challenges, such as out-of-stocks or customer service issues that can occur at the point of sale.

Eradicating coupon fraud has become a mission at Inmar where the company earlier this year introduced a new fraud mitigation solution called CNFRM (pronounced confirm). The company also set a goal of eliminating fraud by 2024, a goal which Inmar is uniquely qualified to facilitate given the company has played a central role in the coupon clearing process for 40 years.

Its new CNFRM solution integrates at the point of sales and leverages artificial intelligence, data science and analytics to prevent, detect and remediate coupon fraud. The solution is accessible for retailers and manufacturers for free.

“We are committed to our pledge to end coupon fraud within three years and look forward to the day when the retail industry is not losing millions of dollars to counterfeit coupon activity,” Helmle said.