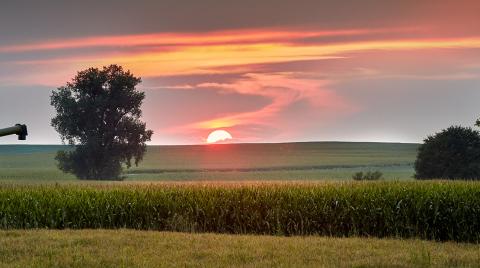 Hormel is joining Target to help provide financial incentives for farmers to participate in a regenerative-agriculture pilot located in central and southeast Minnesota.

Since most of the greenhouse-gas emissions from the food chain are embedded in the products that grocers sell, they can arguably make the biggest impact on the environment by engaging with their suppliers to reduce emissions. Some of the world’s largest food manufacturers have already adopted science-based emission reduction targets, so the conversation has started.

Austin, Minn.-based Hormel Foods, a supplier that’s prioritizing sustainability in its operations, is definitely open to talking more with its retailer partners on this topic, according to Kelly Braaten, manager of corporate communications. “We are always looking for ways to engage with retailers in this area,” she says. Hormel has ensured that about 83% of its product packaging, by weight, is now recyclable and is in the process of adding How2Recycle logos to its packaging. Meanwhile, Hormel and its subsidiary Applegate Farms are supporting farmers who employ regenerative-agricultural practices. Hormel is joining Minneapolis-based Target to help provide financial incentives for farmers to participate in a 50,000-acre regenerative-agriculture pilot located in central and southeast Minnesota.

Zaandam, Netherlands-based Ahold Delhaize noted in its “2021 Annual Report” that it is sharing climate action data with its suppliers using the CDP (Carbon Disclosure Project) supply chain program and is collecting climate action data directly from its national-brand and own-brand suppliers. The retail conglomerate aims to work with those suppliers to set concrete decarbonization actions together.

As a founding member of the 10x20x30 Food Loss and Waste Initiative, Ahold Delhaize has encouraged its brands to partner with key suppliers to tackle the challenge of food waste across the supply chain. So far, its various regional banners have joined 14 major suppliers, including Cargill, Chobani, General Mills, Kellogg Co., Mars Inc. and PepsiCo, to root out food loss and waste in the food supply chain.

Walmart has long been known to work with its suppliers on sustainability and other issues. In 2017, the Bentonville, Ark.-based retailer launched Project Gigaton, an initiative to engage suppliers in climate action, along with NGOs and other stakeholders. Last year, more than 2,500 of Walmart’s suppliers were reporting for the project, which represents more than 70% of U.S. net product sales, according to Walmart. In the packaging arena, Walmart has launched a Recycling Playbook, hosted a 2021 Sustainable Packaging Innovation Summit, and supported the development of Plastic IQ, a scenario-modeling tool that allows U.S. companies to analyze and prioritize actions to improve their plastic packaging strategies.