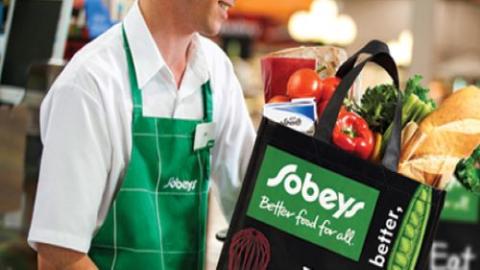 Canadian food conglomerate Empire Co. Lt., owner of the Sobeys, Safeway, FreshCo, IGA and other banners, has released its latest financial results. Sales for the fiscal year ending May 1 rose 6.3% to 28.3 billion in Canadian dollars, a gain attributed to the impact of COVID-19, market share gains in the food retailing segment and store expansions. Same-store sales, excluding fuel, dipped 1.3% for the quarter but are still significantly higher than comparable pre-pandemic numbers. Annual dividends per share jumped 15.3%.

In an already-eventful year, Empire launched a three-year growth plan called Project Horizon during the first quarter of FY2021. The program, which focuses on core business expansion, the buildup of e-commerce and cost and margin discipline, is on track to help the company reach a targeted incremental CAN $500 million in annualized EBITDA and an improvement in EBITDA margin of 100 basis points by fiscal 2023.

Also in its just-wrapped fiscal year, Empire completed its purchase of a majority stake in specialty grocery store chain Longo’s and e-commerce business Grocery Gateway, and opened a new Farm Boy store and 15 FreshCo stores in Canada. In June 2020, the retailer introduced a new e-commerce platform, Voilà, though which robots assemble orders at an automated fulfillment center in Ontario and Voilà employees deliver orders to customers.

Looking ahead to fiscal year 2022, Empire projects ongoing effects of the global pandemic, noting that management doesn’t anticipate grocery customer behavior to fully return to pre-pandemic levels for the “foreseeable future.” In its report, the company said that it expects same-store sales to decrease along with industry volumes but predicts that margins will continue to benefit from Project Horizon initiatives, such as private label and promotions optimization and the addition of Longo’s.

Empire is headquartered in Stellarton, Nova Scotia. Its key businesses are food retailing and related real estate. With approximately CAN $28.4 billion in annual sales and CAN $15.0 billion in assets, Empire and its subsidiaries, franchisees and affiliates employ approximately 127,000 people. Sobeys is No. 22 on The PG 100, Progressive Grocer's 2021 list of the top food retailers in North America. 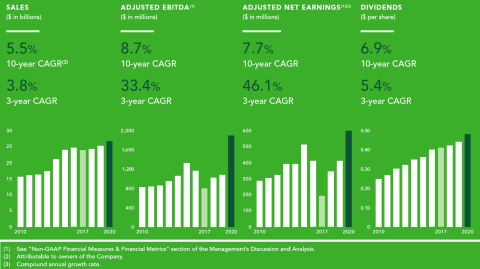