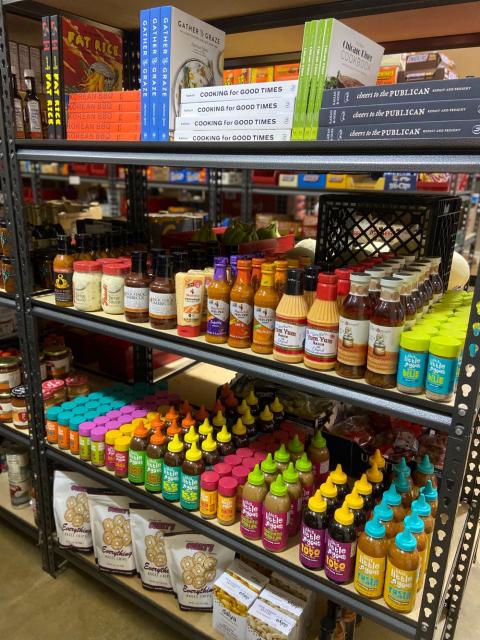 DashMart locations will operate as small fulfillment centers for deliveries.

DoorDash has launched what amounts to an online convenience store — a further sign of a larger innovation trend that looks likely to play an increasing retail role into 2021.

The on-demand delivery service, recently recognized for its pandemic efforts, says its DashMart service is a new type of convenience store. Consumers shopping via the DoorDash app can buy such items as food, snacks and household essentials under the DashMart banner.

“On DashMart, you’ll find thousands of convenience, grocery, and restaurant items, from ice cream and chips, to cough medicine and dog food, to spice rubs and packaged desserts from the local restaurants you love on DoorDash,” said Andrew Ladd, director, new verticals, for DoorDash.“DashMart stores are owned, operated, and curated by DoorDash.”

Those DashMart stores are not traditional, brick-and-mortar convenience stores that shoppers can visit. Instead, they function as micro-fulfillment centers with inventory held for deliveries by DoorDash customers via the company’s mobile app. DoorDash will both sell “household essentials that we acquire through local and national distributors (think paper products, Coke products, grocery, etc), and we also work with restaurants and other local food retailers to sell their items as well,” a DoorDash spokesperson tells Progressive Grocer.

Among the local partners working with DoorDash on this online-only convenience store concept is This Little Goat, an offshoot of Chicago’s Little Goat gourmet restaurant. DashMart will sell sauces and spices from This Little Goat.

“We were thrilled to launch This Little Goat on DoorDash, so home cooks could quickly receive our globally inspired sauces and spices right to their front door, especially during quarantine,” said Erin Vick, director of digital marketing for This Little Goat. “Our mission is to make delicious, globally inspired flavors effortless for all home cooks, and we look forward to continuing to grow our business with them.”

The launch of DashMart comes just months after DoorDash launched a convenience category on its app via partnerships with the likes of 7-Eleven, Walgreens, CVS and Wawa. That category now includes more than 2,500 convenience shops across more than 1,100 cities nationwide.

DashMart, if successful, could help spark more innovation for online sales of convenience store items. Philadelphia-based goPuff, which launched in 2013, provides another example of what’s going on in that area of retail.

For a flat $1.95 fee, a goPuff customer can order candy, soda, toilet paper or a pre-made salad and get it delivered in under 30 minutes. The company operates in more than 500 cities across the United States and works with distributors to deliver snacks, drinks, ice cream, personal care items, home essentials, baby products, alcohol, over-the-counter medicine, and more. Last year, goPuff opened its 150th distribution facility, nearly tripling the number in one year.

That’s not all happening in the world of convenience stores. Wawa — basically a retail cult in certain parts of the Northeast — recently announced it would guild a drive-thru convenience store. Meanwhile, Buc-ee’s, the Houston-based chain of convenience stores has developed its own devoted following, is in the midst of a multistate expansion, having broken ground in Alabama, with further stops planned for Florida, Georgia, Tennessee and the Carolinas.