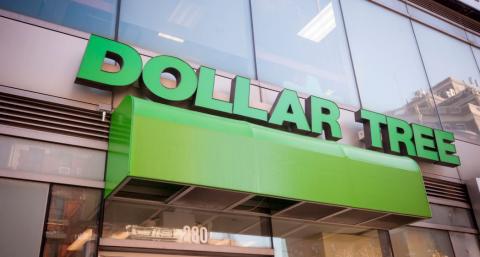 Shuffling its executive team, Dollar Tree is branching out with a new head of IT.

After announcing several c-suite departures last month, Dollar Tree is making more changes. The discount retailer has hired a new chief information officer as part of its growth strategy and efforts to build an executive team with new perspectives and experiences.

Bobby Aflatooni is taking on the CIO role at Dollar Tree, coming to the company from his most recent position as EVP  and CIO for The Howard Hughes Corp. While there, he led all IT strategy and operations.

In addition, Aflatooni spent nine years at Dollar General, where he served as VP of IT operations, architecture and merchandising and senior director of IT infrastructure and architecture. This isn’t the first time that Dollar Tree has hired away executives from its competitor; in May, the retailer brought on former Dollar General leaders for chief supply chain officer and chief merchandising officer positions.

Aflatooni’s background also includes IT stints at Yum! Brands and Pizza Hut. He began his career serving his country as part of the United States Marine Corps.

“Bobby is a proven leader with a strong track record of delivering results and leading multiple system transformations. The technology investments we will make over the next several years will be critical to our success as we enable our people, simplify work streams and accelerate our growth,” said Mike Witynski, Dollar Tree’s president and CEO, adding that his appointment is one step in the new leadership direction. “This is the first of a number of executive additions related to our recently announced leadership changes, as we scale our leadership team to accelerate the growth and transformation of our company.”

Aflatooni said he is looking forward to being a part of Dollar Tree’s leadership at a key time. “Our team will be driven to focus on systems infrastructure enhancements to support the company’s growth by providing better support to store associates, merchandising and marketing teams, and our supply chain to deliver improved shopper experience. Having worked with, and supported, a number of leaders at Dollar Tree in previous roles will enable us to hit the ground running,” he remarked.

In other news, Dollar Tree announced that it is moving its Investor Day from October 2022 to sometime in spring 2023.

Chesapeake, Va.-based Dollar Tree, which operates more than 16,000 stores across 48 states and five Canadian provinces, including stores operating under the Family Dollar banner, is No. 29 on The PG 100, Progressive Grocer’s 2022 list of the top food and consumables retailers in North America.